Will 2018 be the Year for Permitless Carry in Iowa?

Urge your state senator to support and cosponsor Constitutional Carry!

Not a GOA member? You can join Gun Owners of America today for only $20! 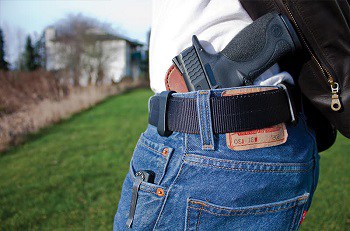 So please urge your state senator to support and cosponsor Constitutional Carry.

Make no mistake about it:  The fourteen Constitutional Carry states represent most of the safest states in the country — including Vermont, New Hampshire, Maine, North Dakota, Wyoming, and Idaho.

Our friends at Iowa Gun Owners are doing great work in Des Moines, but all Hawkeye gun owners need to rally for permitless carry.

So please urge your state senator to support and cosponsor Constitutional Carry.

PS: Gun owners in Iowa are rallying for Constitutional Carry. Consider chipping in $20, $50, or $100 so GOA can keep up the pressure.