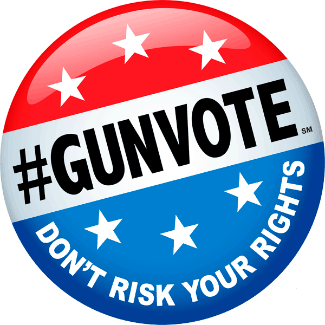 I know that you are going to be as outraged as I am.

Senate Majority Leader Mitch McConnell has all but abandoned Judge Roy Moore, who is the pro-gun candidate to replace Jeff Sessions in the U.S. Senate.

When Judge Moore was running to win the Republican nomination for the U.S. Senate seat in September, McConnell spent $30 million in a failed attempt to defeat him.

But now that Moore has won the Republican nomination and he’s facing an anti-gun liberal Democrat for the general election, what is McConnell doing?

As stated by Business Insider, “the McConnell-linked Senate Leadership Fund will not spend any more money in the Alabama special election.” 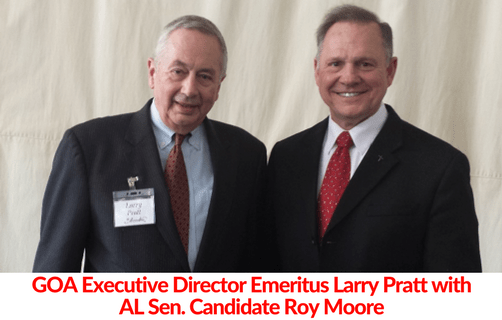 I’m sure that you will agree with me that this is outrageous!

Judge Moore has been on the front lines, fighting our enemies, for decades.

And he has long been an articulate — and uncompromising — champion for gun rights.

So why is McConnell’s Senate Leadership Fund ignoring Judge Moore?

I know … I know.  To ask the question is to answer it.

They like “yes men” — and Judge Roy Moore is certainly NOT that.

If he’s committed to anything, it’s to supporting and defending the U.S. Constitution of the United States.

We need no-compromise defenders of the Second Amendment like Roy Moore in the U.S. Senate.

Consider how several Republicans — including House Speaker Paul Ryan — were calling for gun control in the aftermath of the Las Vegas shooting.

But you won’t see Senator Roy Moore buckling under the media pressure to call for gun control.

That’s why we need Roy Moore in the U.S. Senate!

With your support, GOA is able to identify the strongest pro-gun candidates for office in Alabama and across the country to ensure that your Second Amendment liberties are not infringed upon.

So please take a moment to send a small contribution to Gun Owners of America by clicking here.

Your support is what makes GOA so effective in Washington, D.C., in Alabama, and across the country.

Paid for by Gun Owners of America.
Not authorized by any candidate or candidate’s committee.