Virginia State Crime Commission needs to hear from you

The Crime Commission Should Push for Constitutional Carry 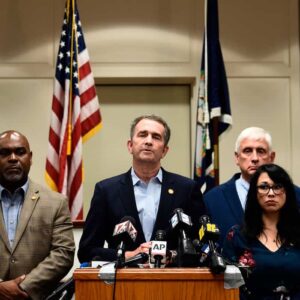 The Governor did this because he wanted to capitalize on the tragedy in Virginia Beach. Governor Northam and his partisan friends will never let a crisis go to waste.

In other words, they were simply doing what they have always wanted to do — and Virginia Beach gave them the “excuse” they needed.

Governor Northam even admitted that none of his proposals would have prevented the Virginia Beach tragedy.

Fortunately, House and Senate leadership saw right through the Governor’s ruse and ended the “special session” shortly after it began.

However, the Governor’s anti-gun proposals were referred to the Virginia Crime Commission for recommendations, and that’s where you come in. We need to fill their inbox with comments opposing gun control.

Here is a list of the subjects that the Crime Commission will study, on Monday (8/19) and Tuesday (8/20) of next week, with brief descriptions:

The Virginia-Pilot reported that one of the victims, Kate Nixon, considered carrying her self-defense firearm to work on May 31.  Sadly, the late Ms. Nixon opted instead to obey an illegal city ordinance, and she paid with her life.

Time and time again, American history has proven that government is the problem not the solution.  The US Supreme Court ruled in Bowers v. Devito, 686 F. 2d. 616, 618 (7th cir. 1982) that the police have no duty to provide protection services to citizens.  Thus, we are on our own to defend against violent criminals and firearms are the best tool with which to do so.

Please email the Virginia State Crime Commission and urge them to reject all of Governor Northam’s anti-gun proposals.  Please urge the commission to instead, advocate for Constitutional Carry and a stronger preemption law that will penalize rogue officials who violate it — like the Virginia Beach Mayor and City Council.