Please call the Capitol Hill switchboard at 202-224-3121 and ask them to transfer you to your two Senators offices. Urge them to oppose every bit of gun control — including red flag gun grabs.

It would not be surprising if George Soros money is paying people to make phone calls. It would make sense after hearing what Senate offices are telling us. 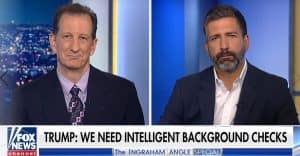 Last week’s Fox News debate delivered a stiff warning to GOP lawmakers: Do NOT compromise on gun control! Click on the image to watch the YouTube debate.

They are saying that their offices are receiving hundreds and hundreds of phone calls … but from people calling for gun control!

The pro-gun offices in the U.S. Senate are telling us that we need gun owners to call their legislators by the hundreds.

We need you — the Patriots of America — to demand from your Senators that they OPPOSE red flag gun grabs … OPPOSE bans on private sales (aka, Universal Background Checks) … and OPPOSE bans on commonly-owned firearms like the AR-15.

GOA has asked you to do a lot over this last week. And our grassroots have been amazing, as they’ve deluged Senate Republican offices with over 1.5 million email messages.

Over 1.5 MILLION letters have been delivered to the Senate!  That is fantastic!

But while that’s impressive, pro-gun Senate offices are encouraging us to pick up the phone and make calls.

Why? Because there is an important, noticeable “effect” that takes place when the phone receptionists — who are being deluged with phone calls — have to report to their boss that gun owners are ringing the phones off the hook.

Seeing that “haggard” look on the receptionist’s face gets noticed by the decision makers in the offices.

The most likely gun control to move in the Senate is Red Flag gun grab legislation.

Senate leaders are trying to claim this legislation will protect Due Process, but as our Legislative Counsel argues, this is nothing but a lie.

So please call the Capitol Hill switchboard at 202-224-3121 and ask them to transfer you to your two Senators offices.

Tell your Senators to:

1) Oppose EVERY word of gun control, especially Red Flag gun grabs; and to,

2) Support concealed carry reciprocity (H.R. 38 / S. 69) — which is legislation that will truly save lives! 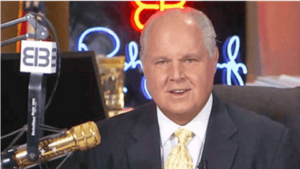 Gun Owners of America has been busy over the past week.

In the first week alone — since the two shootings occurred — GOA representatives appeared on hundreds of interviews and news segments nationwide — sending a clear, no compromise message for the right to keep and bear arms

While you can read many of the print articles on our website, here are the highlights of our media appearances:

But I also warned Republican politicians of the “read my lips” electoral disaster that awaits them for breaking their promises and voting for gun control.

2) Rush Limbaugh Show. On Monday, Rush Limbaugh aired the appearance on Fox News and used it to point out the folly of gun control. You can read what Rush said about the debate here.

3) USA Today. GOA was asked to pen the “Opposing View” in USA Today, in response to attacks on the Second Amendment following the El Paso and Dayton shootings. This article demonstrates how firearms are used overwhelmingly for good — a message that resonated with readers of USA Today, with almost 80% agreeing with the GOA position.

4) Daily Caller. This article shows how killers are overwhelmingly targeting Gun-Free Zones when choosing a location to perpetrate mass tragedies. It also points out how the mainstream media is completely ignoring the danger that these defense-free areas pose for law-abiding Americans.

5) Rallying the base on Social Media.  Finally, you can watch two GOA appearances on Guns & Gadgets and the Military Arms Channel — where we discuss the latest issues in the gun rights community.

We want to thank you for helping keep GOA on the front lines. We can’t do this without you!

Virginia State Crime Commission needs to hear from you