U.S. Senator Steve Daines is standing strong for you. 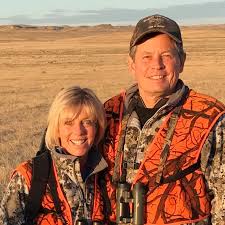 Despite intense pressure from the media and the D.C. Establishment, he’s not budging in his opposition to proposed “red flag” gun grabs and expanded background checks.

“These horrible tragedies should not be politicized to advance a political agenda,” he says. “Knee-jerk reactions and more gun laws are not the solution. I stand strongly in favor of protecting and defending the Second Amendment and Montanans’ constitutional right to bear arms.”

The pressure Daines and others are under is immense.  Their own party leaders are urging them to cave, and their phones are ringing off the hook with paid activists posing as “angry voters” demanding they flip.

Please call Senator Daines at (202) 224-2651.  Thank him for coming out against “red flag” gun grabs and expanded background checks and urge him to continue to stand strong as the media and D.C. Establishment twist his arm and demand he change.

You can also email Senator Daines directly at [email protected]

Steve Daines is doing what others won’t.  He’s fighting for you.  Please take just a minute to call his office at (202) 224-2651 or email [email protected] and thank him.