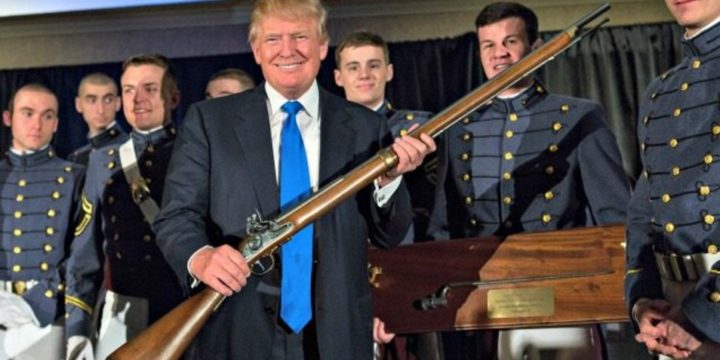 President Donald Trump has had one surprise supporter throughout his presidency, and that is media host Piers Morgan. Morgan has been vocal in his support of the president regarding immigration and terrorism in the past, something I don’t think many of us were prepared to see.

However, one big difference exists between Morgan and the president, and that’s the topic of gun control.

Morgan has been a vocal supporter of gun control, devoting a great deal of time on his shows to it while doing everything he could to paint gun owners as unhinged.

Yet since he had the chance to interview President Trump recently, he couldn’t resist the opportunity to bring up the topic.

And got smacked down on it. Hard.

Morgan mentioned that accused Las Vegas shooter [. . .] bought 55 guns legally in the year prior to the October shooting that killed 58 and wounded nearly 1,000 – but Trump said gun control laws wouldn’t have helped that.

‘Well, we do have gun control laws and this sick person – he was a sicko. I mean that’s the big problem – they’re sick people,’ he said.

‘If he didn’t have a gun, he would have a bomb, or would have something else.’

And when Morgan, who has been very vocal in his view that the United States should have tighter gun laws, again brought up the vast number of guns Paddock was able to buy in just a year – Trump again defended himself.

‘The point is, he would have had 55 bombs,’ he said, ignoring the question about the legality of Paddock’s purchases.

‘He would have had 55 of something else.’