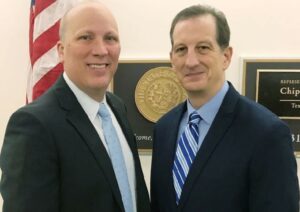 Pictured here with GOA’s Erich Pratt is Texas Rep. Chip Roy (left) who exposed many fellow Republicans this year, after they voted for Red Flag gun confiscation language that had been inserted into a military defense authorization bill.

In September, GOA discovered a hidden “red flag” provision that was buried deep within a 1,500+ page, must-pass spending bill. GOA alerted pro-gun members of Congress to the gun confiscation language that had been snuck into the bill—and we alerted the grassroots, as well.

Sadly, more than a hundred Republicans still voted for the anti-gun bill. And this prompted grassroots gun owners to bombard the wayward congressmen, spurring a quick about-face one week later.

In a letter made public, 163 Republicans announced their opposition to the red flags proviso, for which many of them had just voted.

Thankfully, the gun confiscation text was removed from the underlying bill three months later, and final legislation passed both chambers without gun control—a victory for the grassroots!

One final note: a Republican Representative from Texas got really upset and attacked GOA for exposing the compromisers who supported the red flags language in September. But in this video here, pro-gun Rep. Chip Roy sets the record straight and defends GOA. 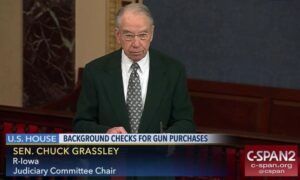 In December, GOA learned that anti-gunners in the U.S. Senate were trying to pass Universal Background Checks (UBC) without a single vote being cast. In other words, they would pass the bill by “Unanimous Consent.”

So GOA kicked our grassroots activists into action right away and began encouraging pro-gun Senators to place “holds” on the UBC bill and to object to any “Unanimous Consent” agreement. The following day, anti-gun Senator Chris Murphy asked the Senate to pass H.R. 8—the Bipartisan Background Checks Act of 2021 by “Unanimous Consent.”

Thankfully, the efforts by GOA’s grassroots were not in vain. Senator Chuck Grassley (R-IA) stepped in and killed the bill with his objection, preventing a huge mishap from occurring. Had no one objected, the universal registration bill would have passed and immediately gone to Joe Biden’s desk. 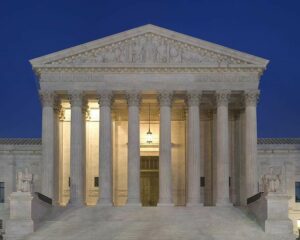 Gun owners rejoiced when the Supreme Court struck down the “community caretaking function,” which essentially allows for warrantless gun confiscation. GOA supported this case with an amicus brief, to ensure that the Second and Fourth Amendments were protected. The Court’s opinion, led by Justice Thomas, denied the expansion of this doctrine into one’s home, citing “the right of a man to retreat into his own home and there be free from unreasonable governmental intrusion.” 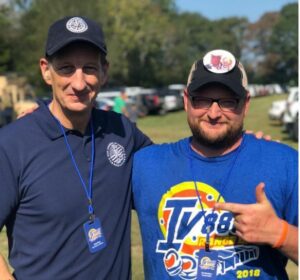 Gun Owners of America v. Garland is being appealed to SCOTUS! In March, a three-judge panel in the Sixth Circuit Court of Appeals ruled in GOA’s favor on bump stocks. The judges slapped down the ATF’s abrupt reclassification of bump stocks into machineguns, and in doing so, made GOA’s win the only victory in any of the legal challenges to bump stocks.

This victory prompted YouTuber IraqVeteran8888 to comment, “Erich Pratt and Jordan Stein and Tim at Military Arms Channel—all the folks who were involved in this—have done a great job at being visible and fighting for our rights.”

In December, the full court split 8-8 on the ATF’s appeal, which means the flawed ruling of the lower, district court is now “affirmed” by default. Stay tuned, though, because GOA is now working on an appeal to the Supreme Court. 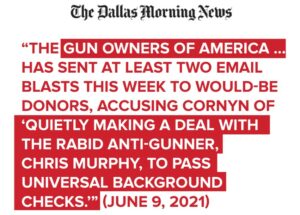 Blasting Republicans for Their Compromises 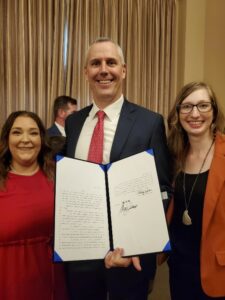 2021 was a standout year for permitless concealed carry, as five new states joined the Constitutional Carry Club. While GOA rallied members in Iowa, Montana, Tennessee and Utah, the battle in Texas was particularly significant for GOA’s Texas Director, Rachel Malone, who has been advocating for Constitutional Carry for a decade.

Upon passage, Malone remarked, “Gun owners in Texas and around the country cheer as a 150-year-old gun control law has been repealed.

“This legislation was carried by countless Texans who stood for freedom and individual rights. I am proud of our work to tear down barriers to self-defense, giving the vulnerable a fighting chance at saving their own lives.” 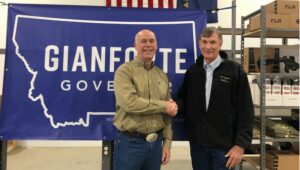 Federal Gun Control is Not Welcome in Over a Dozen States

The “Second Amendment Sanctuary” movement is well known for spreading like wildfire at the local level, with a strong majority of our country’s municipalities that have become “sanctuaries” for gun rights. However, due to the threat of federal gun control from a Joe Biden White House, GOA worked in several states to add protections for gun owners. And the results were phenomenal.

In 2021, more than half a dozen states passed some form of protection for 2A rights. Laws vary in strength and provide different degrees of protection for different aspects of the Second Amendment. While Montana was one of the early states to enact such a law this year, Missouri gets the prize for enacting the toughest. Missouri law contains stiff civil penalties of $50,000 per violation—and these penalties can be imposed on any agency that enforces federal gun control, if that gun control exceeds what is allowed by Missouri law. 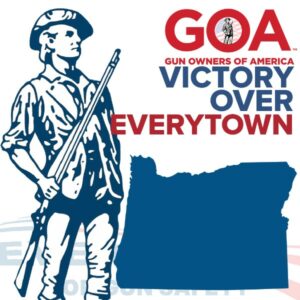 Bloomberg Loses Big in Court in Battle with GOA

GOA and the Oregon Firearms Federation squared off with the Michael Bloomberg-funded Everytown for Gun Safety in a legal battle over a county’s Second Amendment Sanctuary Ordinance. Everytown and the county commission sought to undo the citizen-passed measure, but the court sided with gun owners and stated the anti-gunners lacked a “justiciable controversy.”

Given that more than 60 percent of counties in the United States are now Second Amendment Sanctuaries, this case marks a huge victory for not only gun owners in Columbia County, Oregon, but Second Amendment supporters nationwide. 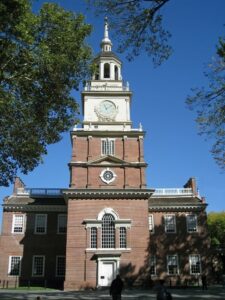 Gun controllers in the City of Brotherly Love wanted to keep honest citizens disarmed, so they slow-walked the process to obtain a License to Carry Firearms. Nonetheless, because of a legal victory brought on by GOA, the city has been forced to follow the law and issue permits in a timely manner.

GOA filed the suit after the city repeatedly failed to meet the deadline over the course of the COVID-19 pandemic. And the results have been phenomenal.

“Philadelphia is now issuing LTCF permits faster than at any point in history,” Val Finnell, GOA’s Pennsylvania director, said in a press release. “They seem to have finally realized that GOA is not going to tolerate them thumbing their nose at the law and will sue them again and again if necessary until they do their jobs.” 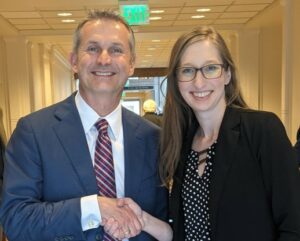 GOA Speaks Up for Suppressors

In addition to becoming a Constitutional Carry and 2A Sanctuary State, Texas also passed HB 957, which repeals the remaining state restrictions on possession of suppressors, as well as placing into effect a “no commandeering clause” for enforcement of the National Firearms Act (NFA) on suppressors. 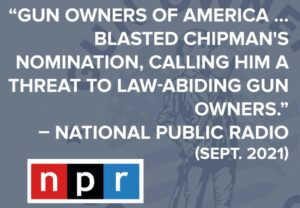 Joe Biden nominated a radical gun control lobbyist in David Chipman to head the Bureau of Alcohol, Tobacco, Firearms and Explosives (ATF). But GOA helped rally gun owners nationwide to oppose his nomination in the Senate. Even liberal media outlets such as NPR and the New York Times credited GOA members for putting enough pressure on key Senators to force the withdraw of Chipman’s nomination. 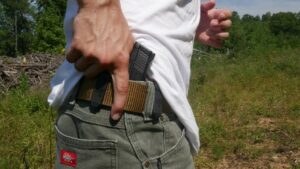 In November, the U.S. Court of Appeals for the Sixth Circuit issued a favorable opinion in a case where GOA is challenging ATF lawlessness. Specifically, our case is contesting ATF’s refusal to allow Michigan concealed carriers to use their carry permits to bypass a NICS check, which is an exemption that is provided for in the Brady law.

The good news is that the appellate panel rejected every argument that ATF had made as to the meaning of both federal and state law.  The panel also rejected the decision by the lower court (which had found in favor of ATF), vacating its opinion and remanding the case for further proceedings.

GOA expects that this battle will continue in federal district court. 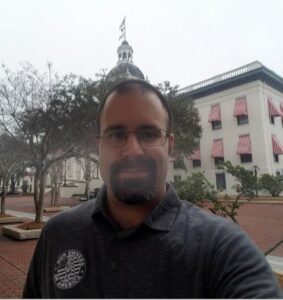 Florida Director Luis Valdes, getting ready to testify on behalf of GOA.

GOA lobbied on behalf of several pro-gun bills this year, including a Church Carry provision that was eventually signed into law by Florida Governor Ron DeSantis. GOA’s state director Luis Valdes spoke in favor of this bill during committee hearings and generated a mountain of grassroots pressure in support.

One state lawmaker, an anti-gun Democrat, flat out said during a committee meeting that she was voting in favor of this bill’s passage. Why? Because so many gun owners in her district had flooded her office with emails and phone calls, demanding that she vote for it. Grassroots activism works!

GOA also called out Republican leaders of the legislature who refused to push Constitutional Carry. This resulted in the proverbial “shot across the bow,” and now the new leadership in both chambers are supporting passage of permitless carry. In 2022, GOA will push hard to put Constitutional Carry on Governor DeSantis’ desk. 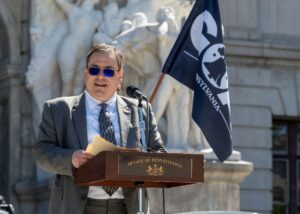 Constitutional Carry Passes in PA to Be Vetoed by Governor Wolf

GOA members and supporters achieved a historic milestone by getting Constitutional Carry passed in the Pennsylvania General Assembly. Two bills were filed this year, one in the House and the other in the Senate. After Republican leadership stalled the House bill, GOA’s grassroots activists teamed up with other like-minded groups to do some door-knocking in the House Majority Leader’s district to let his constituents know that stalling Constitutional Carry wasn’t acceptable. Then they pushed hard to get the Senate bill moving, including showing up in Harrisburg for Gun Owners Lobby Day (G.O.L.D.) on September 20th.

The Senate bill passed both chambers only to be vetoed by Democratic Governor Tom Wolf. We will need to work hard at electing a pro-gun Governor in 2022 to get Constitutional Carry signed into law. 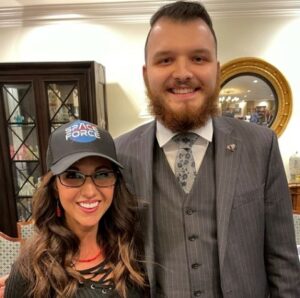 Lauren Boebert may be new to Congress, but she is not new to defending the Second Amendment. The Congresswoman is well-known for open carry and has been one of the most outspoken Members of Congress in defense of our 2A rights.

This year, she had praise for GOA after GOA blasted Joe Biden for his hypocrisy in restricting the rights of gun owners, while ignoring his own son’s illegal gun possession.

Boebert said that, “Gun Owners of America does a fantastic job advocating for [Second Amendment] rights.” 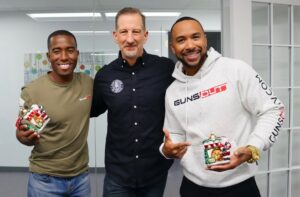 Gun Owners of America began sponsoring GunsOutTV this year. The two hosts of the show—Shermichael Singleton (left) and John Keys (right)—have done a fantastic job at focusing on humanizing and normalizing firearms culture through education and dynamic content.

Since its start in January, 2021, the number of subscribers to GunsOutTV has grown by leaps and bounds. Their new season will begin airing on January 5, 2022, and can be found on The Warrior Poet Society Network, which is the “Netflix” for the Second Amendment. Pictured here: both Shermichael and John are showing off GOA’s 2nd annual Christmas ornament. 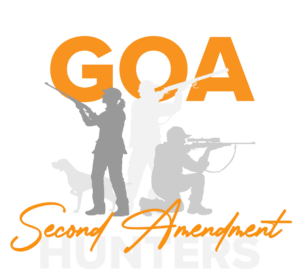 In 2021, GOA created a new program called “Second Amendment Hunters,” which is designed to support all hunters in preserving their 2A rights and protecting the American hunting tradition.

In August, we opposed a petition sent to CDC and the U.S. Fish and Wildlife Service by radical environmental groups. This petition would have crippled hunting using COVID restrictions to stop the interstate transport of legally harvested wildlife. That means a hunter would not be able to bring home a deer, pheasant, or other game killed in a neighboring state or travel to dream destinations for hunts of a lifetime.

These radical groups are trying to inhibit hunters and discourage Americans from enjoying the firearms which are protected by the Second Amendment. For now, the Biden Administration seems to have tabled action on the petition thanks to opposition from groups like Gun Owners of America.  Our formal comments to the Federal Agencies can be accessed here and represent the first of many future GOA actions to protect and defend America’s hunting tradition.