At a time when a half-dozen states have adopted “constitutional carry” laws — and another dozen are seriously considering such legislation — Idaho’s legislative leadership is, instead, moving “nothing-burger” legislation which falls far short of what Idaho needs and deserves.

As you know, the concept of “constitutional carry” holds that Americans should be able to carry guns for the protection of themselves and their families — without having to beg for the government’s permission to do so. 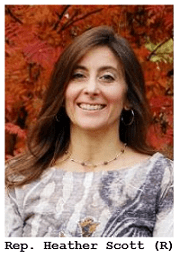 But, instead of moving a pending constitutional carry proposal — HB 89 by Rep. Heather Scott — the legislative leadership is considering the tepid (and, in some respects, anti-gun) House Bill 243.

A lot of what HB 243 does is, frankly, ministerial.  It defines terms like “firearm” in ways which are, in all candor, not particularly pro-gun.  It also strips roughly 30,000 state officials of the right to carry without a permit — a step which may be “egalitarian,” but isn’t really pro-gun either.  Then there’s the nit-picky stuff, like giving sheriffs the right to demand syllabi from gun instructors.

But the central problem with HB 243 is not what it does, but, rather, the fact that it is a missed opportunity.

Idaho has the opportunity to become the seventh “constitutional carry” state, and it is sad to pass up that chance in exchange for a “nothing-burger.”

ACTION:  Contact your state senator and representative.  Tell them to move “constitutional carry” legislation (HB 89), not the do-nothing HB 243.