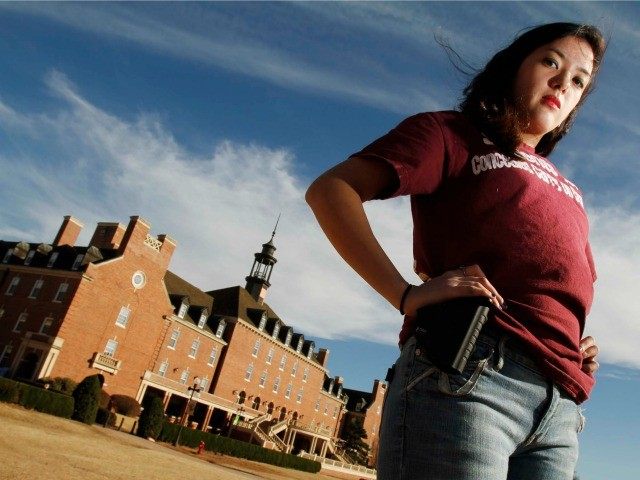 Many predicted that professors would flee universities in Kansas and Texas over campus carry, but the hordes of resigning professors have yet to materialize.

Writing in the Hill, Lott explains how small a percentage three resigning, anti-campus carry professors represent. For example, Dorman was “one out of 2,600 faculty members” at KU. Thus, to date, KU has lost 1/2600 of its faculty due to campus carry.

This is not what Dorman predicted when he fled. Instead, he predicted that campus carry would be “driving off faculty members.”

On May 9, 2017, Breitbart News reported that Dorman posted his resignation letter for the public to see. He used the letter to intimate Kansas would lose great professors like him if they did not reverse ship and keep law-abiding students defenseless on campus. He wrote, “Kansas faces a very clear choice: Does it want excellent universities, with world class faculty, or does it want to create an exodus of faculty like myself who have options to teach in states that ban weapons in classrooms?”

Dorman took his stand, and Lott reports that two professors with worldviews similar to Dorman’s took their stand at UT. There are 20,322 faculty members in the UT system, which means the UT system lost 2/20,322 of its faculty over campus carry.