Written by Erich Pratt, The Daily Caller Published: 15 May 2019

A year ago this week, the nation witnessed a horrible shooting at the Santa Fe High School in Texas.

The mainstream media treated the country to a week-long diatribe regarding the supposed evils of firearms.

Of course, if one were to only listen to Democrat presidential hopefuls like California Rep. Eric Swalwell, one would think that every mass shooting is carried out with a so-called “assault weapon.”

Swalwell even said that he wants to confiscate many commonly-owned firearms. And those who refuse, he says, would go to jail.

Not that it would have done any good to confiscate AR-15 style firearms before the Santa Fe shooting. The killer there used a shotgun and a snub-nosed revolver. 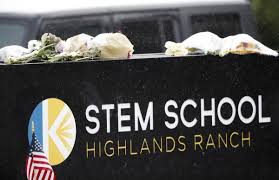 This is not surprising, given that handguns are, by far, the most frequently used firearm when committing mass shootings.

For starters, the commonly-owned firearms that Swalwell wants to ban are not “weapons of war.” There is not one nation on the earth that currently takes an AR-15 into battle.

But then he so “generously” allows that we can keep our revolvers and shotguns—the very guns that were used at Santa Fe.

This, right there, should disqualify him for the presidency, as he doesn’t understand where rights come from.

It’s not up to Swalwell to decide how Americans should protect themselves.

Our rights don’t come from government. They come from God, as stated in the Declaration of Independence. Our rights are “unalienable,” which means they are untouchable by miscreant politicians like Swalwell.

Nevertheless, gun haters can only peddle the failed gun control policies of the past — the failed restrictions that have done nothing to protect teachers and students. Consider:

The universal response he heard from these students was that they wanted to see their teachers armed.

And so do police, as 81 percent of officers support the arming of teachers and other school personnel.

He began his investigation of the details surrounding the shooting as an opponent of arming teachers.

But after hours of intensive study, Gualtieri became convinced that lives would have been saved if some teachers had been armed and were able to shoot at the gunman.

Here’s a truth that every American should consider: There are at least 18 states that allow teachers to carry guns. And yet, according to the Crime Prevention Research Center, there has NEVER been a mass shooting attempted in any school where teachers are armed.

One Texas school has even posted signs which proudly boast that teachers “may be armed and will use whatever force is necessary” to protect students.

Armed teachers are an effective deterrent. Hopefully, that’s all they will ever have to be. But if they are called on to do more, there is no doubt they would capably defend their students.

The nation has already witnessed an armed assistant principal who stopped a school shooter in Mississippi. And we’ve seen how a firefighter used his firearm to halt another gunman at a South Carolina school.

Sadly, politicians like Eric Swalwell refuse to acknowledge what these heroes have done with their privately-owned arms.

Firearms restrictions will not stop bad guys from stealing guns for their sordid purposes. But repealing the Gun-Free School Zones Act and lifting the restrictions that keep good people from carrying guns for self-defense will make a huge difference.