This page contains an important update on many of the anti-gun bills being pushed in Concord and will be updated regularly. 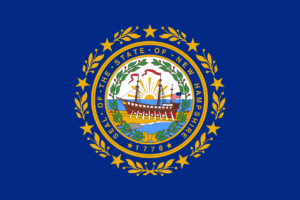 HB 1101 – This bill forces gun buyers to wait 3 days between purchasing a firearm and bringing it home.  One of the exceptions is for those who have taken a hunter education course and possess a valid hunting license.  The radical left didn’t get the message that the Second Amendment is not about hunting or sport.  Status: Passed the house on February 19, with 183 anti-gun democrats being joined by anti-gun republican sellout Rep. Robert Elliot, 123 Republicans, 10 Democrats and one Libertarian all voted no.  The bill now moves to the Senate.  GOA POSITION = OPPOSE

HB 1350  – HB 1350 requires every gun sold to be delivered with a state approved gun lock.  Even though most manufacturers are voluntarily including locks, HB 1350 lays the groundwork for a freeze on gun sales by allowing the Department of Safety to determine which locks are acceptable.  Status: The Committee voted the bill “inexpedient to legislate” but in a show of defiance, anti-gun activist, Rep. Renny Cushing got the House to recommit the bill back to the Criminal Justice Committee where it sits. GOA POSITION = OPPOSE

HB 1379, Sell a gun to a friend and go to jail passed the House on February 20 with no Republican votes but 150 Republicans were joined by 11 Democrats and one Libertarian in voting no. The bill now moves to the Senate. GOA POSITION = OPPOSE

HB 1143, repeals frivolous lawsuit immunity for firearms manufacturers, dealers and distributors had a public hearing on February 5, 2020.  The Judiciary Committee is recommending that this bill become law.  As we said in our alert opposing HB 1143, it must be defeated.  To do anything less will allow the plaintiff’s bar to sue legitimate firearms businesses and force them out of business for the acts of criminals, and those who are able to remain in business will surely raise prices to cover the increased legal costs.  This is un-American.

The essence and body of the Second Amendment and Article 2A are based upon a healthy firearm and ammunition industry. HB 1143 is attempting to punish the law-abiding for the acts of criminals. GOA POSITION = OPPOSE

UPDATE:  On March 12, 2020 the House of Representatives voted HB 1143 “ought to pass” without a single republican vote.  However, 10 courageous democrats voted against the wishes of their party leadership and voted NO on HB 1143.  It now moves to the Senate for consideration.

HB 1608, magazine ban.  There are two types of magazines, standard capacity, 13, 15, 17, 20, 30 etc.  And small capacity 10 or less.  HB 1608 dishonestly refers to standard capacity as large capacity and then bans the sale of handgun magazines that exceed 15 rounds and rifle magazines that exceed 10 rounds.  HB 1608 had a public hearing on February 12, 2020 and is still being considered by the Criminal Justice and Public Safety Committee.  GOA POSITION = OPPOSE

UPDATE:  On March 11, 2020 the House of Representatives voted HB 1608 “ought to pass” without a single republican vote.  However, 20 courageous democrats voted against the wishes of their party leadership and voted NO on HB 1608.  It now moves to the Senate for consideration.

HB 1285, gun free, criminal safe schools creates the new misdemeanor crime of carrying a gun into a school or on school property.  The sponsors naively believe that a law and a sign will stop a murderer.  The only thing that will stop a murderer is a legally armed adult. HB 1285 had a public hearing on February 5, 2020 and the Education Committee amended the bill and recommended passage. GOA POSITION = OPPOSE

UPDATE:  On March 12, 2020 the House of Representatives voted HB 1285 “ought to pass” without a single republican vote.  However, 5 courageous democrats voted against the wishes of their party leadership and voted NO on HB 1285.  It now moves to the Senate for consideration.

SB 469, the 2020 Range Closure Act sponsored by Senators Dietsch and Kahn would have repealed New Hampshire’s longstanding range protection law.  On March 5 the Senate voted “inexpedient to legislate, 24- 0.  This was an idea that was so over the top (and a likely electoral loser) that even the radical left sponsors voted to kill their own bill.  GOA POSITION = OPPOSE

The left will never vote for Governor Sununu or any other Republican; (we explained how this will play out back in September) but if they can trick or force them to support gun control then they win because they know that we will (rightfully) abandon them in November 2020. The Republicans need to be reminded that their party platform opposes gun control.  The leaders must enforce the platform.

Then contact your own state representatives to urge them to oppose HB 1143.  Legislators need to know that we are informed, single issue voters and we will not accept one word of gun control.

Finally, once again contact Governor Sununu at (603) 271-2121  and let him know that you will not accept one word of gun control.

GOA on the Frontlines!