These Six Democrats Bowed Down to Governor Cooper

It’s a sad day when elected officials place loyalty to their party and the Governor — over allegiance to the people and the Constitution. Yet that is precisely what happened Wednesday during the veto override session for H652, the Second Amendment Protection Act. 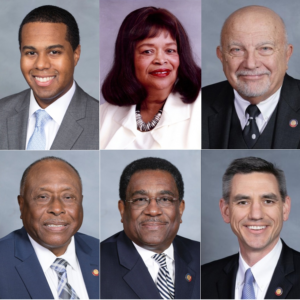 This bill, vetoed by Governor Cooper after being passed from the legislature with bipartisan support, should have quickly become law.

Initially passing with the support of 12 Democrats, the bill had a veto-proof margin – just so long as at least nine of them didn’t change their vote.

Unfortunately, six of them did, making the veto override fall short by three votes.

These six Democrats decided that their loyalty to the gun control in the Democrat Party platform and the Governor’s plan was more important than remaining faithful to their initial vote and to stand up for the rights of their constituents.

Those who voted to uphold the Governor’s veto are fine with their constituents remaining defenseless so long as it scores them political points with their party and helps them get re-elected.

These representatives should be ashamed of their cowardice. They need to know that this action will not be forgotten by the people of North Carolina come Election Day.

All seats in the North Carolina Legislature are up for election this November.

Please Take Action above to tell these six Democrats that their actions will be remembered at the ballot box come November during the general election.

The Pool of Gun-Owning Voters is Growing