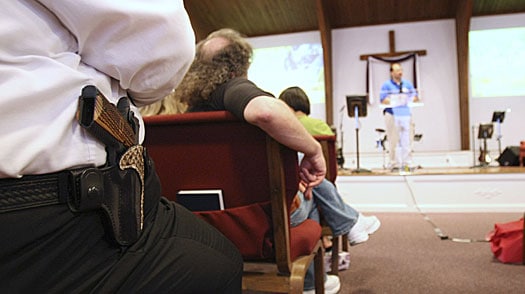 The Presbyters of Pittsburgh of the Presbyterian Church, USA, have demanded that the Pennsylvania legislature ban all “assault weapons”, .50 cal sniper rifles, and armor-piercing handgun ammo. They base this action on the Orlando nightclub slaughter of last year.

They suggest a political remedy for a problem that is, alas, a personal problem of heart, mind, and value systems.

The presbyters (elders) call for a ban of Modern Sporting Rifles the correct term for the semi-auto rifles they call “assault rifles”.  Their demand is flawed from the outset.  Let me list the ways.-