Constitutional Carry is on the Move in Louisiana!

Constitutional Carry Bill SB 118 to be Heard in Senate Committee! 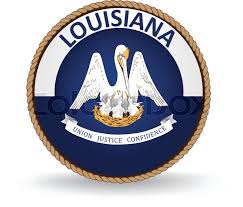 The Louisiana Legislature is back in session and the big gun news this year is that three Constitutional Carry bills have been filed!

House Bill No. 16, by Rep. Danny McCormick (R) Dist. 1, would restore the right of law-abiding gun owners who are 18 years and older to carry a concealed handgun in the state of Louisiana without a permit.

Senate Bill No. 118, by Senator Jay Morris (R) District 35, is similar to HB 16, however, it raises the age to carry a concealed handgun without a permit to 21 years and maintains the permit requirements that an individual may not carry and conceal a handgun while under the influence of alcohol or a controlled dangerous substance, as well as maintains the duty of an individual to notify any police officer that he/she has a concealed handgun on their person.

Of these three bills, HB 16 is the closest to a full Constitutional Carry bill and has been endorsed by GOA.

I will be drafting an alert in the near future that will focus on HB 16 and urging all of our legislators to support Constitutional Carry. In the meantime the purpose of this alert is to urge the committee members of Senate Judiciary C to vote in favor of SB 118.

Under SB 118, a 21 year old, law-abiding Louisianan will be able to conceal carry without having to beg the government for a permit.

SB 118 is an important step forward in restoring the Second Amendment rights of law-abiding Louisianans, however it is equally important that the committee members know that the goal is full Constitutional Carry.

Twenty other states currently recognize that Americans have the right to carry a gun for self-defense without first getting the government’s permission to exercise their constitutional rights. These states, not coincidentally, are among the safest in the country.

It’s well past time that Louisiana joined these states and removed the unreasonable and unconstitutional limits on Louisianans’ exercise of their Second Amendment rights.

As Luis Valdez, GOA’s Florida Director, likes to say:  “If you stay quiet, they will continue to turn a deaf ear towards the Second Amendment. As gun owners, you must be loud, proud, and ACTIVE! Make noise!

On that note, I ask you to please make some noise and take action to urge the committee members to support Constitutional Carry!