“It would be unthinkable for the Senate to let this bill die after the House has taken such strong and decisive action on it,” said Rachel Malone, Texas director for Gun Owners of America. 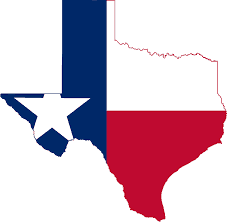 In 2019, a Democratic lawmaker recalled Thursday evening, the bill didn’t even get a hearing “when folks with armed weapons were walking the streets of some of our leaders in this chamber that are still here today — some of them are — asking the wives and spouses of those individuals where their husbands stood.”

“I remember that that was just enough to say we’re not gonna even hear the bill,” said the legislator, Rep. Trey Martinez Fischer of San Antonio. But minutes after Fischer spoke, the bill passed the House. Earlier that day, Fischer said, he and a senior Republican colleague “reflected for a very brief minute on how much things have changed over our times here.”

Indeed, the cause has come a long way in the Texas Capitol, quickly — and it broke through this week in resounding fashion. The legislation not only attracted a somewhat bipartisan coalition — seven Democrats voted for it — but its passage suddenly put pressure on a less enthusiastic Senate. Under Lt. Gov. Dan Patrick, the upper chamber has become the better-known chamber for pumping out legislation favored by conservative activists.

Now all eyes are on Patrick’s Senate.

“It would be unthinkable for the Senate to let this bill die after the House has taken such strong and decisive action on it,” said Rachel Malone, Texas director for Gun Owners of America.

House Bill 1927 would eliminate the requirement for Texas residents to get a license to carry handguns if they are not already prohibited by state or federal law from possessing a firearm. Supporters of permitless carry, including gun rights groups and conservative Republicans, argued the measure simply allows Texans to exercise rights guaranteed under the Second Amendment, calling it “constitutional carry.” Democrats, joined by some law enforcement officers and faith leaders in opposition, instead cited the need for stricter gun safety measures following the 2019 mass shootings in El Paso and Midland-Odessa…