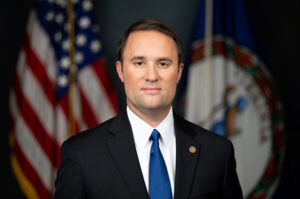 In 2019 Democrats took both chambers of the legislature in Virginia. They quickly went to work passing gun control. Although most bills were stopped after tens of thousands of well-armed Virginians showed up at the Capital in Richmond to protest the proposed laws, a few laws slipped through. One of the bills that did make it through was universal background checks (UBC) which made it illegal to transfer a firearm without going through a federal firearms licensee (FFL).

When the suit was filed, Mark Herring was Virginia’s Attorney General, and he fought tooth and nail to defend UBCs. The gun rights groups, based in Virginia, won a partial injunction against the law. The court ordered those residents aged 18-20 to be exempt from the law. In Virginia, it is legal for anyone above 18 to own a handgun. Still, federal law makes it illegal to transfer a handgun to anyone under 21 through the FBI’s National Instant Criminal Background Check System (NICS).

Before the law went into effect, people under 21 could buy a handgun through a private sale. The judge ruled that residents between the age of 18 and 20 would still be able to acquire handguns through private sales without going through an FFL. The Constitutionality of the rest of the law would have to be argued in court…

Jason Miyares, endorsed by the National Rifle Association (NRA), was the first Hispanic to become Virginia’s, Attorney General. After the historic night, gun owners rejoiced. It would take time and one more election cycle to eliminate the gun control passed by Democrats, but at least UBCs could be killed by Attorney General (AG) Miyares entering into an agreement with the plaintiffs.

Many believed that AG Miyares would agree with gun rights organizations’ demands. After all, Mr. Miyares voted against UBCs when he was a member of the Virginia House of Delegates and had an A rating with the NRA. But he did dodge questions about UBCs and magazine limitations on the campaign trail, which worried some, but the overall feeling in the gun community was that he would do the right thing…

If Miyares honestly voted his conscious as a Delegate, he could end UBCs in the Commonwealth overnight. But that hope was lost when he started fighting hard to save UBCs.

Same as his anti-gun AG predecessor leaving many to wonder if Miyares’ pro-gun rhetoric in the House of Delegates was just a show to get votes. Virginians are left to wonder if he voted against UBCs because he knew they would pass no matter his vote.

Today, Gun Owners of America launched an email campaign to get AG Miyares to fulfill his promises made as a member of the House of Delegates. The gun rights organization is asking Virginians to email the Attorney General’s office and ask him to stand down on UBCs and uphold his oath not only to the U.S. Constitution but also to the Virginia Constitution. GOA added an easy-to-use form on its website. The group also included the AG’s phone number for gun owners to call.

The email reads: Unfortunately, Attorney General Miyares is NOT WILLING to support our efforts and still insists on enforcing—and defending—the unconstitutional law passed by anti-gun zealots.

GOA’s Senior Vice President Erich Pratt also was disappointed that the AG is continuing to fight for gun control. He had hoped that Miyares would have back away from the failed actions of Herring.

It’s disappointing that Jason Miyares plans to enforce legislation that was enacted by anti-gun Democrats—specifically, a law that requires practically every transfer of a firearm to generate a background check and paperwork at a licensed gun dealer,” Pratt told AmmoLand News. “This scheme has contributed to the massive database of gun owners that is being maintained by the ATF—a registry that will only serve as a first step to gun confiscation. Miyares should be doing everything in his power to help the GOA-VCDL case succeed, rather than fighting in favor of gun control.

Virginia gun owners are a powerful voting bloc leading many to wonder if Miyares is risking his political career by defending the law that many claim violates the Virginia and U.S. Constitution and might run afoul of the Supreme Court’s Bruen decision since there are no historical analogs for background checks in 1791.

Virginia AG spokesperson Victoria LaCivita provided this response to AmmoLand News’ request for comment: “While I cannot comment on pending litigation, Attorney General Miyares is dedicated to protecting our GOD-given constitutional rights and ensuring they are not infringed upon.”