Of all the rights enumerated by the Constitution, only one is tangible and that is the Second Amendment.

Your rights to freedom of speech, freedom of movement, freedom of religion, and others are all legal and philosophical concepts. 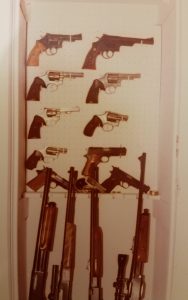 My home when I was a child. As immigrants, my family believed in being armed to make sure the mistakes of Cuba cannot happen in America.

But the right to keep and bear arms protects real, physical objects.

You can actually hold a firearm in your hand. It is the physical manifestation of liberty and freedom.

It doesn’t matter if you’re from a family that can trace their lineage to the Mayflower or if you raised your right-hand last week and took the oath of citizenship. That is your right forever.

My home when I was a child had a solid foundational belief. As immigrants, my family believed in being armed to make sure the mistakes of Cuba cannot happen in America.

I am the first in my family to be born in the US but that doesn’t make it any less important in my understanding of what the Second Amendment is all about. I fully understand the sacrifices made by past generations to protect and defend the civil right to be armed.

Our rights are enshrined in the belief that all people are created equal and have the same legal and civil access to these rights and that government is answerable to the people.

My parents were immigrants from Cuba who taught me the importance of the right to keep and bear arms.

You see, in 1959 my family’s homeland was usurped by Fidel Castro, and it was a downhill ride to despotism from that point forward. My family escaped to the US in 1961 and have owned firearms ever since. My parents wanted to make sure that what happened in Cuba would never be repeated in the United States.

While I am the first person in my family who was born in the United States, it doesn’t mean that I understand the significance of the Second Amendment any less. Rather, I understand it more fully from the persecution my family suffered in Cuba at the hands of Castro.

I understand that our rights are enshrined in the belief that all people are created equal, having equal standing before the law, and that these rights are to be secured and protected by the government, never granted. A right that can be granted can be taken away.

My entire family is grateful for the shining example of Liberty and Freedom that America represents to the entire world — and that the U.S. Constitution specifically protects our God-given rights in stark contrast to the oppressive regime 90 miles off the coast of Florida. 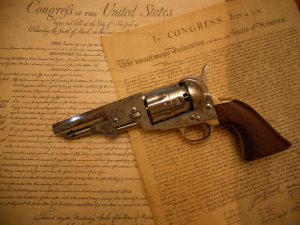 … the right of the people to keep and bear Arms, shall not be infringed.

Constitutional Carry Has Finally Been Introduced!

If you understood anything from what I said above, you know that having a right means to be able to freely exercise it without asking for permission first.

Constitutional Carry simply means that if a person can lawfully own a gun, they can also carry it concealed without getting a permit. This is already the law in 17 states; including three in the “liberal” northeast.

And the good news is Rep. Sabatini has introduced HB 123, Constitutional Carry that restores the true meaning of what it means to exercise our right to keep and bear arms, freely, and WITHOUT asking for permission first.

So contact your State Representative using the form above and ask them to support and cosponsor HB 123, Constitutional Carry legislation.

Remember, only the squeaky wheel gets the grease. Be loud, be proud, and be ACTIVE.

The Right to Keep and Bear Arms is for Everyone