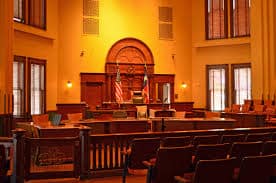 On Tuesday, the Ellis County Commissioners Court unanimously voted 4-0 to approve a resolution protecting citizens’ “inalienable and individual right” to keep and bear arms and affirming support for their sheriff in protecting that right.

“These resolutions are a strong, positive step forward in asserting the responsibility and authority of the county sheriff,” Gun Owners of America’s Texas Director Rachel Malone posted on Facebook after the vote. “A county sheriff is our last line of defense in upholding constitutional rights.”

The resolutions in Ellis and elsewhere say the counties will “support decisions made by our Sheriff to not enforce any unconstitutional firearms restrictions against any citizen” and will not authorize use of county resources “for the purpose of enforcing law that unconstitutionally infringes on the right of the people to keep and bear arms.”