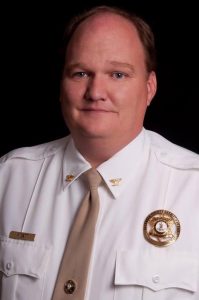 I have received questions recently as to my views on what we have seen in the news and what is being proposed in Richmond dealing with gun control. I understand the concerns that have been discussed about the 1,000+ gun deaths that is being talked about in Virginia, but we should remember that almost 700 of those were by suicide. Then we also have the tragedy in Virginia Beach. My question is do we have a gun problem or do we have a mental health problem?

As a Constitutional Officer of Virginia, and elected Sheriff, I am sworn to uphold the Constitution and both federal and state laws. I think our Constitution of the United States would supersede anything attempted to be passed in Virginia. But, more importantly I would like to point out the very important question of – Who is going to come and get my guns and magazines? They are mine, I’ve bought them and paid for them. I have taught my sons to use them. I say we watch and see what happens, I believe they may try but I’m not so sure they will be successful.

I have been appointed to serve on the Legislative Committee of the Virginia Sheriff’s Association. Our Committee will be meeting in Richmond soon and we will be looking at all proposed laws and giving our strong voice to what Virginia’s Sheriffs think is best for our citizens. As your Sheriff, and the Sheriff representing Southwest Virginia, I will be voicing my concern about the possibility of any laws that will have an adverse effect on us or that tries to stop us from being able to protect ourselves.

Anyone who has ever visited my office has seen the sign that hangs on my door that states “Free Men Need Not Ask Permission to Bear Arms”, and as most of you know I have continually encouraged every citizen of Tazewell County to attend our Concealed Weapons Class to help them get their concealed permit, and in doing that I have encouraged them to always carry their weapon……… as I ALWAYS carry mine!