The Texas border county of Hudspeth filed a resolution in March to declare itself a Second Amendment Sanctuary County. 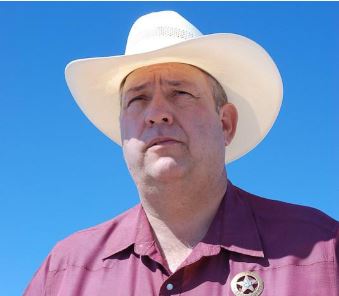 The Hudspeth County resolution was filed by the Sheriff himself.  When GOA reached out to him, Sheriff Arvin West explained he understands the constitutional authority a sheriff has, and he felt it is his duty to protect the citizens of his county from federal overreach and intrusion.

He also feels that the direction of our country is moving towards less freedom, and he wants to be proactive when it comes to the Second Amendment.  According to Sheriff West, waiting for the federal government to take away his constituents’ guns and then trying to do something about the situation is not a good idea.  He wanted to have the resolution in place before something like gun confiscation ever happens.

He also stated that even though Hudspeth County is very poor, his office refused the federal government grants from Operation Stone Garden that were given to border counties for equipment purchases.  West stated, “I did not want to accept any federal money that had strings attached.”

Hudspeth County is on the Texas border, 72 miles from El Paso.

The language from the Hudspeth County resolution is as follows:

WHEREAS, it is the desire of the Hudspeth County Commissioners to declare its support of the Second Amendment to the United States Constitution and the Texas Constitution protecting citizens inalienable and individual right to keep and bear arms; and,

NOW THEREFORE, BE IT RESOLVED by the Commissioners of the County of Hudspeth by the authority granted to the Commissioners by the laws of the State of Texas and people of Hudspeth County, Texas to stand and defend their rights and liberties, which are guaranteed by the United States and Texas Constitutions, we hereby declare this Resolution as follows:

BE IT FURTHER RESOLVED that this Commissioners Court affirms its support for the duly elected Sheriff of Hudspeth County, Texas in the exercise of his sound discretion and affirms its resolve to support decisions by our Sheriff to not enforce any unconstitutional firearms against: any citizen.

BE IT FURTHER RESOLVED that this Commissioners Court will not authorize or appropriate government funds, resources, employees, agencies, contractors, buildings, detention centers or offices for the purpose of enforcing law that unconstitutionally infringes on the right of the people to keep and bear arms.

Teresa Beckmeyer is the Texas Director of Operations for Gun Owners of America.

Violent Assault Leads To A New Gun Owner In Virginia