It's Time to Defund the Anti-gun ObamaCare Law! 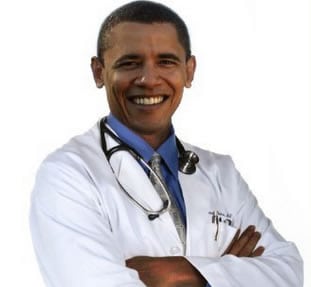 We are writing to tell you that Gun Owners of America is opposed to the passage of any Continuing Resolution that funds the anti-gun ObamaCare program.

And GOA will score, as an anti-gun vote, any cloture vote that would enable Harry Reid to pass a bill containing ObamaCare funding.

Gun owners have, since 2009, pointed out that the federal health database — created by section 13001 et seq. of the stimulus bill and put in place by ObamaCare — will allow the federal government to troll private health records for the purpose of stripping gun rights from persons with ADHD, PTSD, and similar type maladies.

Already, more than 150,000 military veterans — perhaps as many as 165,000 — have already lost their gun rights because of the “see a VA shrink, lose your gun rights” precedent from the Clinton-Bush era.(1)

Consider the Florida military veteran who has made national news recently, after having his guns confiscated.  The veteran, who has simply been identified as “AB,” sought help for depression in December of 2012.  After calling Veteran’s Assistance, here is what happened:

Instead of giving him someone to talk to, VA called local police who came to AB’s home, had him involuntarily committed for a psychological evaluation. They also confiscated his firearms, ammo, bows, arrows and other objects they felt could be used as weapons.

AB was found to be mentally fit during this evaluation, but authorities still have refused to return his firearms, despite AB completing all needed paperwork and affidavits. Now authorities are saying they will require a court order in order to return the guns. This is obviously against the law and the source of the lawsuit.(2)

Sadly, what happened to military veterans has now begun in the private sector — especially in places like New York, after they recently passed their misnamed SAFE Act.

According to gun rights reporter, Dan Roberts, firearms are now being confiscated from gun owners because of their mental health information. For example:

John Doe, an upstanding professional with no outstanding criminal convictions and no history of violent action, received a letter from the Pistol Permit Department informing him that his license was immediately revoked upon information that he was seeing a therapist for anxiety and had been prescribed an anxiety drug. He was never suicidal, never violent, and has no criminal history.(3)

So now taking anxiety pills can result in one’s forfeiting their Second Amendment rights in New York! ObamaCare will only expand this dragnet to millions of additional Americans — especially given the fact that the CDC has “determined” that nearly 50% of American adults will develop a mental illness during their lifetimes.(4)

But there’s more.  In his 23 “executive actions,” President Barack Obama has pushed for physicians to ask gun owners and their children about gun ownership — and to place that information into the health care database.

With new revelations, in just the last 48 hours, about a 25% national increase in premiums — and the exclusion of the top hospitals from ObamaCare networks — it is now clearer than ever that this program was created by fraud, lies and bribery. And this bucket of corruption needs to be defunded and repealed.

Rest assured, if you refuse to take a stand against defunding the anti-gun ObamaCare law, then GOA will rename ObamaCare in your state as “______-Care” — just put your name in the blank.

Repealing this anti-gun law is VERY IMPORTANT to gun owners — and they will remember the vote on cloture in 2014.