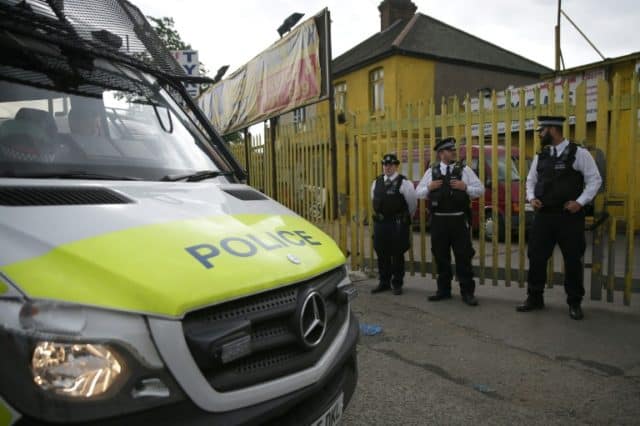 The June 3 London terror attacks reminded a watching world of numerous important lessons, among them the fact that a man with a knife is king in world where guns are prohibited.

As the world the watched–outraged at the brutality of the attackers and emotionally devastated by the pain of the families who lost innocents–we also saw that attack survivors were forced to defend their lives by throwing bar stools and “pint glasses.”

The Daily Mail quoted a witness, 47-old Gerard Vowls, who told BBC that he felt “defenseless” when the attack occurred:

I saw these three Muslim guys come up with knives, they ran up and started stabbing this girl under the train bridge. They attacked her and then they stabbed another guy. I was shouting ‘run run run’ and throwing bottles at them, pint glasses. I tried to help as many people as I could but I was defenseless. If I had fallen over they probably would have killed me. They stabbed the girl maybe 10 or 15 times.

The backdrop for the defenselessness that left Londoners no option but to run and/or throw drink glasses is a gun control push that has been underway in London for nearly a century.

Author Frank Miniter has shown that England’s efforts to restrict private gun ownership began shortly after World War I and finally culminated in the Firearms Act of 1997. That Act “banned the private ownership of handguns almost completely.” And as the law-abiding English people forewent guns for self-defense police who not been armed began to carry guns.

In other words, as Londoners were unable to provide a check on crime and terrorism because disarmed, police had to fill the gap by arming themselves. But police do not arrive until after the crime or terrorist attack has occurred, so innocents must make do until police arrive.