Urge your U.S. Senators to reject the anti-gun Chuck Canterbury nomination. Your emails will tell your Senators that the anti-gun FOP President is NOT the right choice to lead the Bureau of Alcohol, Tobacco, Firearms and Explosives (ATF).

GOA is Fighting for Your 2A-protected Rights!

You may have already seen the news. But President Trump has nominated someone to lead the ATF who is on record supporting gun control. 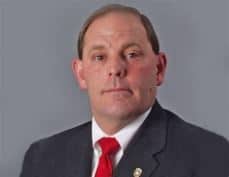 His name is Chuck Canterbury, and he is the president of the anti-gun Fraternal Order of Police. Sadly, Canterbury has a long track record that should concern gun owners:

Please email your U.S. Senators and urge them to reject the Canterbury nomination (above).

GOA will be sending follow-up alerts when the Senate comes back in session. So stay tuned for additional updates.

UPDATE: On July 31, 2019, the U.S. Senate conducted a hearing on Chuck Canterbury. While we were glad to see that Canterbury walked back many of his previously anti-gun positions, GOA still has concerns. Furthermore, his treatment of the right to keep and bear arms as a privilege is, and will continue to be, an area of concern for gun owners. Go here for more detailed information.

GOA helps sponsor training for over 800 women in Detroit

This past weekend, Erich Pratt traveled to Detroit, Michigan to support 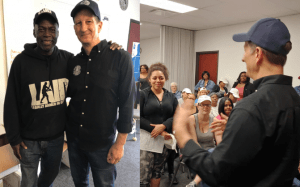 Erich also got to speak to the women on how important it is to stand for right to self-defense. Attendees also got an exclusive pink and white GOA hat, which was a hit with the trainees! You can view more pictures of the event on GOA’s Facebook page or his Twitter page.

GOA is pleased to have eight Attorneys General joining in support of our Kettler case! AGs from Arkansas, Idaho, Kansas, Louisiana, Montana, South Carolina, Texas, and Utah have asked the Supreme Court to review the case.

This case challenges the legitimacy of the National Firearms Act and protects a disabled veteran. News regarding SCOTUS granting certiorari in this case could come as early as next month. So stay tuned! You can support this case at the Kettler Legal Defense Fund.

One of GOA’s top priorities is defeating red flag gun grabs across the country. 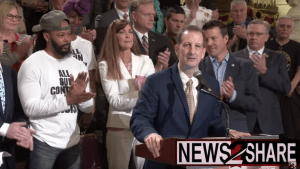 In fact, within the past year, GOA personnel have traveled to several state capitals to speak in opposition to these red flag Gun Confiscation Orders.

Earlier this month, I gave a stern warning to many Pennsylvania legislators about the dangers of passing these Gun Confiscation Orders.  One can view my speech in the state capitol here.

GOA will continue to mobilize our members across the country and update them with timely information when Gun Confiscation Orders are moving in their states.

GOA in the News and on Social Media