Click on the Take Action button to urge your Senators to oppose legislation (S. 2135) that will result in more decent gun owners being thrown into the NICS system and losing their gun rights.

If you haven’t seen Star Wars: The Last Jedi, don’t worry, I’m not going to give away any spoilers!

But it’s comical how close-to-real-life a Science Fiction movie can be.  And, how it can hold significant warnings for American gun owners. 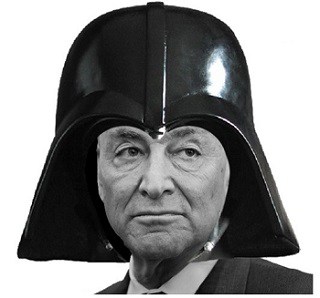 In The Last Jedi, two of the resistance fighters receive a parking ticket when they travel to a planet in search of a code breaker.

They are arrested for unlawful parking, but they escape and flee the planet, thus becoming “fugitives from justice.”

It should if you’ve been receiving GOA’s alerts over the last month and reading about the dangers of the Cornyn-Schumer-Feinstein bill (S. 2135).

Because this “fugitive from justice” category is the second highest cause of denials under the FBI background check system.

In the movie, once the resistance fighters become “fugitives,” the Supreme Leader sends SWAT Teams to take away their guns and …

Well, there’s more to it, but I told you that I’m not going to give away any spoilers.

The point is, the heroes flee … they become “fugitives from justice” … and all of this for mere parking tickets.

And this is where the movie presents some very tangible parallels to real life.

Under current law, if you don’t pay a speeding ticket which you incur while you’re on vacation, the vacation state can put out a bench warrant on you.

These bench warrants can then serve as the basis for turning your name into NICS as a “fugitive from justice.”

Currently, some states, like Massachusetts and Ohio, do this a lot.  Others, apparently, don’t.

But the point of the Cornyn-Schumer-Feinstein bill is to require that states which don’t must become 100% compliant by doing what the repressive states are now doing.

In other words, states will be forced to search high and low for every conceivable person who might be “deserving of a gun ban” under the massively overbroad definitions of current law.

We’ve also answered the claims by misinformed pro-gunners who think that S. 2135 will improve things for the 2A community, when it won’t.

It’s understandable why a gun-hating Senator like Darth Schumer is supporting S. 2135. It’s a shame that Senator John Cornyn doesn’t see the problems with a bill that will put the NICS system on steroids.

So please contact your Senators right away. Tell them to oppose the so-called Fix NICS legislation (S. 2135).

Thank you for your help. It makes a difference.

P.S. Urge your Senators to oppose S. 2135 — legislation that will result in more decent gun owners being thrown into the NICS system and losing their gun rights.  And if you’ve let your membership lapse, make sure to renew your membership in Gun Owners of America today for only $20!

Why Would Any Gun Rights Supporter Trust Feinstein and Schumer to Support Their Gun Rights?