Written by Gun Owners of America Published: 02 May 2013

Now Obama’s trying the Executive Order route…will it ever end? With your help, it can. 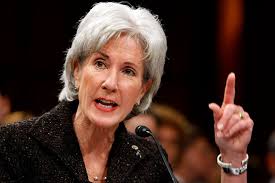 It’s quite a compliment when the New York Times thinks that you are doing “tremendous damage.”  But you can be sure that the other side is not going to go away quietly.

And sure enough, the Obama Administration is trying to unilaterally undo our recent victory in the Senate – and to undo the “damage” that all of us inflicted together.

But first, a little history.

Remember when Senators Pat Toomey, Joe Manchin and Chuck Schumer formed an unholy alliance during the recent gun battle on Capitol Hill?  Remember how their amendment would have encouraged your psychiatrist to turn you in to the FBI’s gun ban list?

And you remember how we stopped that provision, because over 40 senators found it to be odious and a violation of the Second Amendment?

Well, guess what?  Barack Obama has just concluded that “he don’t need no stinkin’ Senate.”

Instead, Secretary Kathleen “ObamaCare” Sebelius – and her Department of Health and Human Services – has promulgated regulations which would, by executive fiat, waive all federal privacy laws and encourage you doctor to report you to the FBI.

Understand a couple of things:  First, the standard which your doctor would use to turn you in is embodied in Clinton-era ATF language and in the anti-gun Veterans Disarmament Act of 2007. Specifically, you doctor would “drop a dime” on you if he suspected you were even a slight “danger to yourself of others” or were “unable to manage your financial affairs.”

So if they say you can’t balance your checkbook, then you lose your constitutional rights.

But there’s another problem:  The day these regulations become law, lawyers will be lining up to sue “deep-pocket” psychiatrists for every case where they failed to turn in a patient to NICS – if the patient subsequently engages in a horrific act.

The bottom line?  Any psychiatrist who failed to report all of his patients to the NICS system risks losing everything if any of them engages in harmful conduct.  Soon the rule of thumb will be: See a shrink; lose your guns.

And the regulations will apply to private, as well as government-employed psychiatrists.

The bad news is that 165,000 military veterans have already lost their gun rights because of the “see a VA shrink, lose your gun rights” precedent from the Clinton-Bush era.

Sadly, what happened to military veterans has now begun in the private sector – especially in places like New York, after they recently passed their misnamed SAFE Act.

According to gun rights reporter, Dan Roberts, firearms are now being confiscated from gun owners because of their mental health information. For example:

“[John Doe] received a letter from the Pistol Permit Department informing him that his license was immediately revoked upon information that he was seeing a therapist for anxiety and had been prescribed an anxiety drug. He was never suicidal, never violent, and has no criminal history.”

This is where the gun haters want to push their agenda.  And this is one reason why background checks are so dangerous – because they give government bureaucrats the opportunity to deny law-abiding people their constitutionally-protected rights.

But the good news is this:  The HHS rulemaking is still at an early stage, and HHS is (no doubt reluctantly) taking the views of the general public.

Let the HHS know how you feel about waiving all federal privacy laws for people who seek counseling.

Also, be sure to tell your congressmen that you oppose the “see a shrink, lose your guns” regs issued by the HHS.  Ask him to issue his own comments as well.

The regs themselves lay out several ways that you may submit your opposition.  The comment period ends on June 7, 2013.