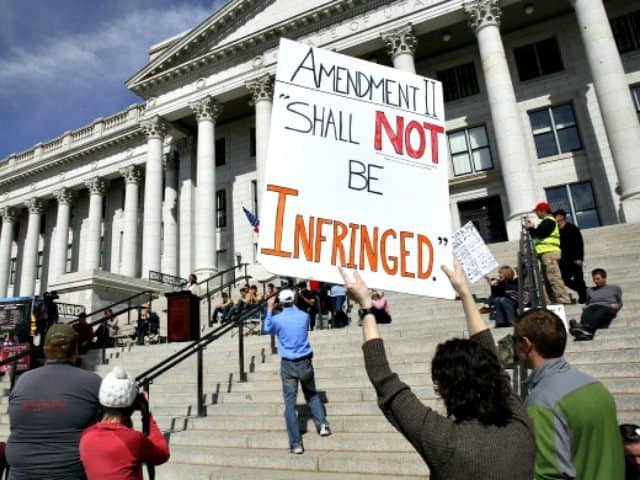 Newly-released FBI figures show that the number of background checks conducted for gun purchasers in 2016 were so high they actually beat the previous annual record by more than 4 million.

On top of the astounding number of checks, each check could represent more than one gun sold at retail. Checks are performed on the purchaser rather than the gun(s) the purchaser wishes to buy.

[Editor’s Note:  Despite a record quantity of guns sold in 2016 — numbering in the multiples of millions — reports show that only an average of 32 people will be prosecuted for being a criminal trying to buy a gun. See p. 32 of the Inspector General’s audit of the Justice Department.  So the question is: why is the Second Amendment being infringed when it’s obvious background checks don’t work?!?]

Home intruder beats, forces woman into her bedroom — right where her gun sits atop a Bible