Urge Sen. Manchin to Keep His Promise to You and the Rest of the American People 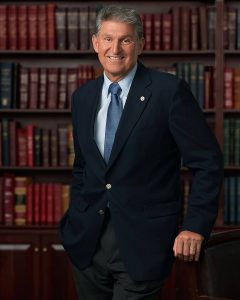 With both ultra-Leftist Senators winning their races in Georgia, anti-gun Democrats completely control the Congress and the White House.  And this means that we are in for a very rough two-to-four years.

The very survival of America as we know it is at stake, especially if Democrats succeed in eliminating the Senate filibuster – a procedure which effectively requires legislators to first garner 60 votes (out of 100) before they can move legislation.

You must understand: The reason that we have been so successful in defeating gun control over the past decade is because of the Senate filibuster! But now, Democrats are threatening to nix it.

The Left also wants to grant statehood to D.C. and Puerto Rico, so they can elect four additional anti-gun Senators.

Currently, the future of the country is resting on whether West Virginia’s senator — your senator, Joe Manchin — keeps his word and votes against any effort to modify or eliminate the legislative filibuster.

This is what Sen. Manchin told Fox News in November:

It is critical that you write him and remind him of his pledge.

Senate Majority Leader Chuck Schumer (D-NY) is going to put TREMENDOUS pressure on Sen. Manchin, to get him to join the effort to eliminate the filibuster.

Schumer might promise Manchin a key committee chairmanship or financial support for his next election in exchange for his promise to kill the filibuster.

This is why it’s imperative that Manchin hears from his own constituents. You are going to have to remind him regularly and often that you will be closely watching what he does.

Relying on Joe Manchin is not a position which makes us comfortable.  But it is where we are.

So please take action today using the form above.