SB 186 is a Trojan Horse to push gun control in Tallahassee!

The anti-gun lunatics in Tallahassee have introduced another anti-gun bill that could gain traction in the Florida Legislature. 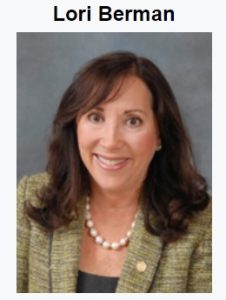 Introduced by Sen. Lori Berman (D-31st District of Palm Beach County), it is a wicked piece of legislation wrapped up in a false lie of security.

Titled “Domestic Violence,” this bill does nothing of the sort to stop such heinous crime or empower the victims of domestic violence to fight back against their attackers. No, instead this bill looks to strip the rights of honest Floridians with the support of flimsy accusation by an embittered ex-partners.

Section 1 of SB 186 mandates the seizure of all firearms and ammunition from any person who is accused of domestic or dating violence. Particularly with respect to the dating violence issue, this statute goes far beyond federal law, and dramatically expands the class of embittered acquaintances who could bring charges which would result in the permanent suspension of Second Amendment rights.

The bill makes clear that a person’s guns can be ordered seized on the basis of an ex parte hearing — that is, a hearing where only the accuser gets to present evidence to the judge.

Yes, you read right, an ex parte hearing can strip someone of their Second Amendment rights without the accused getting their day in court.  The Fifth Amendment of the U.S. Constitution protects the right of the accused to get “due process” and defend themselves in court. But SB 186 runs totally contrary to that.

Finally, if the raid doesn’t result in the seizure of every gun which the angry “ex” suspects is in the person’s possession, they may file an unsubstantiated affidavit in an ex parte proceeding which precipitates a subsequent middle-of-the-night raid. 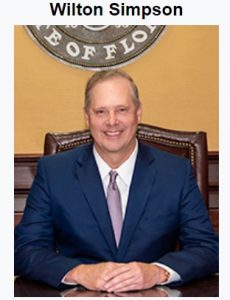 Since Florida is a state where not all bills automatically get a committee hearing and vote, this means that, as Senate president, Sen. Wilton Simpson (R) has the power to decide which bills are to be heard and which are to die on the vine.

As such, we have a duty to contact Senate President Simpson and let him know that we want SB 186 to die on the vine.

GOA supports true progress in the matter of stopping Domestic Violence. We believe that those that are victims of such should be armed and able to defend themselves.

Remember the old slogan: While God created man. Colonel Colt made them equal. And that still holds true today. The best way to stop an Domestic Violence Attacker is to have the honest people being victimized have access to arms.