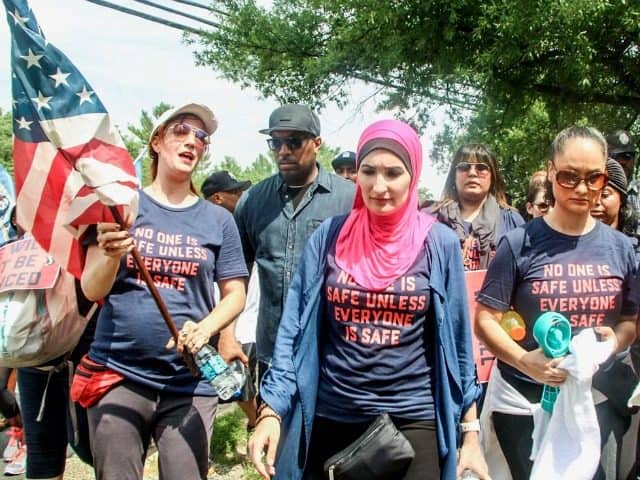 True to the left’s habit of having one set of standards for itself and another set for the common man, participants in Friday’s Women’s March against gun rights were surrounded by armed guards. …

Leftist agitators like Linda Sarsour and Shannon Watts hiring armed protection while demanding the rest of us turn in our guns into government bureaucrats is nothing new. Watts does the same every time she shows up to protest at the NRA annual meeting. Former NYC Mayor Michael Bloomberg, who pays Watts millions to take away the Second Amendment rights of everyday Americans, doesn’t go anywhere without his security detail.