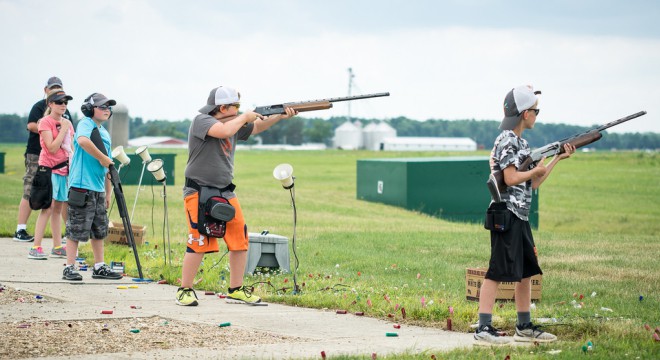 Republicans in the Wisconsin Legislature have introduced a proposal that could see public schools in the state offer gun safety training as an elective.

The bill, AB 427, would move the state Department of Public Instruction to develop a firearm education course for Wisconsin high school students. Referred to the Assembly Committee on Education, backers point to a growing interest in scholastic shooting sports as a reason to add gun safety to the curriculum.

“As more and more students get involved in clay target and action shooting clubs and associations while in school, it’s important to ensure that these students become more responsible in understanding firearm safety and mechanics,” said sponsor, state Rep. Ken Skowronski, R-Franklin, in a statement.

Skowronski’s measure would direct state education officials to work with various organizations to construct curriculum on firearm safety to be delivered by trained instructors. Classes would be optional, both for school districts to implement and for students to take. In a nod to safety, no live ammunition would be allowed in class.

Wisconsin’s Scholastic Clay Target Program is extremely popular in the state. The program saw over 1,400 from 62 teams attend the state championship in January and 400 Wisconsin athletes are attending the WCTP Nationals in Ohio this week, which in turn is a pipeline for Olympic shotgun competitors.