ACTION NEEDED: Make Some Noise about the SHUSH Act!

Please click on the Take Action button to urge Senators and Representatives to cosponsor the SHUSH Act!

As you know, Gun Owners of America strongly opposes all types of gun control — including the National Firearms Act and the NICS background check system.

And now there’s a bill that will deal a major blow to both of those ugly marks on the Second Amendment. 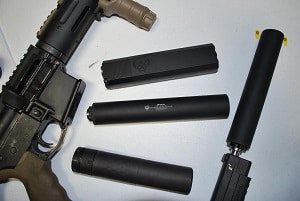 Senators Mike Lee and Mike Crapo, along with Representative Steve King introduced the “Silencers Helping Us Save Hearing Act” or SHUSH Act in both Senate and House (S. 1505 and H.R. 3139).

But you may be thinking: Isn’t there already a suppressor bill in Congress? Yes, there is. It’s the Hearing Protection Act which was has been introduced back in January.

But the new SHUSH Act expands firearm freedom further than the Hearing Protection Act ever did.

The fact is that suppressors are little more than elaborate metal tubes. There is no reason — other than blind hatred of gun owners — why these devices should be regulated at all.

So let’s make some noise on Capitol Hill about the SHUSH Act. Contact your Senators and Representatives to urge them to cosponsors S. 1505 and H.R. 3139.

P.S. GOA is working hard in the halls of Congress to get more cosponsors for the SHUSH Act. But when you flood their offices with emails, it makes congressional staffers listen a little closer in our meetings. So please contact your legislators in favor of the SHUSH Act now.