Why Are Democrats Disarming Citizens and Setting Prisoners Free?

From the headline, you would think you must be living in an alternate Universe. As Rachael Maddow said after real Americans took back the White House in 2016, “You’re awake by the way, you’re not having a terrible, terrible dream. Also, you’re not dead and you haven’t gone to hell. This is your life now.” 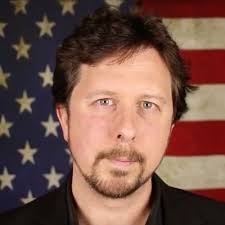 This IS your life now (at least temporarily) and how you choose to protect yourself and your family amidst the irresponsible behavior of some state legislators, is up to you. Well, not really, because several Democrat State Houses have decided that they would prefer you stay unarmed and helpless during the corona-crisis by making it impossible for you to legally purchase a firearm. These are the States that have shut down gun sales in defiance of the Federal “essential” classification.

Does it make sense to deny lawful citizens their ability to access firearms while several states have decided to release prisoners? That is exactly what is happening. According to a Fox News article by David Aaro on 4/20/20, New York, has decided to release those whom the state determines “vulnerable” inmates to protect them from the corona virus. NYC Mayor De Blasio decided it would be a good idea to release some inmates arrested for “minor crimes” after learning that some from Rikers Island and Sing Sing prisons tested positive for COVID-19. How many “minor” crimes are punished by stays at Rikers or Sing Sing?

So, why do Democrats try to disarm the population while Americans are at higher risk of crime due to economic strife stemming from COVID-19 and some states are literally adding more criminals to society? Is it really to save lives? Some would argue, disarming good guys while releasing bad guys might be a dangerous mix. Nah… That’s crazy talk.

Gun store closures happened immediately after the biggest rush on firearms America has ever seen. Some gun stores reported up to four hour waits with lines around the block just to get into the building. Many reported a never before seen number of first-time gun buyers. This tells us that people (even non-gun owners) were concerned for their safety like never before. Can’t have that, so several states put an abrupt end to it by deeming gun sales “non-essential.”

At the same time gun stores were being shut down, New York City Mayor Bill De Blasio released more than 1,400 city inmates as part of the state’s early release due to the corona virus, even after the City’s 5 District Attorneys and the Special Narcotics Officer stated in a letter: “At the same time, we want to make clear that the categories of those proposed for release have, in some instances, included individuals who pose a high risk to public safety.”

De Blasio would soon find out that at least 50 immediately committed crimes upon release and landed themselves back in jail. According to the Blaze, De Blasio said, “I think it’s unconscionable just on a human level that folks were shown mercy and this is what some of them have done.” Is that what you think, Bill? Yeah, shocking! Who would’ve thought?

Don’t forget, Democrats want to defeat the enemy. But who exactly is it? Clearly not criminals. Obviously not China, who is responsible for the virus. By the actions of the political left and its media, it would appear, their biggest opposition is “Real Americans.” In other words, those who thwart the socialist agenda in pursuit of the independence and freedom the Constitution promises. By making good people vulnerable our elected employees create government dependence and fear among citizens, usually followed up with new regulations that promise to protect society from the dangers they created in the first place. By making patriotism, Christian faith, the Bill of Rights and traditional American values “bad,” good people are now positioned as the enemy while the political-left desperately seeks power and control. Why do you think American flag waving, quarantine protesters are being labeled as terrorists? Aren’t they supposed to be the good guys?