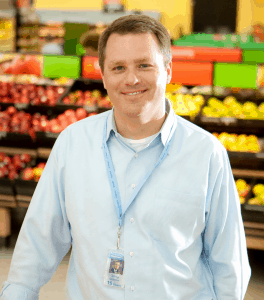 Walmart has given into the anti-gun movement and will stop selling handgun ammunition, and .223/5.56 caliber ammunition. They have also asked their customers to stop open carrying in their stores.

The decision came after weeks of pressure from anti-gun groups who used the shooting in an El Paso, Texas Walmart as an excuse to push their agenda on the retail giant. According to Walmart CEO Doug McMillon, the chain will also put pressure on Congress to change gun laws.

“It’s clear to us that the status quo is unacceptable,” McMillon said in a memo to employees on Tuesday.

McMillon said he was avoiding alienating customers on both sides of the gun debate. A goal that gun-rights activist said the company has severely missed.

“We will treat law-abiding customers with respect, and we will have a very non-confrontational approach,” McMillon said. “Our remaining assortment will be even more focused on the needs of hunting and sport shooting enthusiasts.”…

Gun Owners of America Senior Vice President Erich Pratt thinks those that decided to stop selling the ammunition do not understand guns and firearms usage. The leadership at Walmart ignored the defensive usage of firearms and incorrectly use the term “SBR” in multiple places leading many to wonder if the company knows what is an SBR.

“It is disappointing to see WalMart ignoring the fact that guns are used more often to save lives than to take life,” Pratt told AmmoLand via email. “Their decision to restrict gun and ammunition sales will have the opposite effect and will not make people safer.”

“Speaking of ‘short-barreled rifles,’ any rifle that has a barrel of less than 16″ is considered an SBR (a Short-Barreled Rifle) and is HIGHLY REGULATED by the Federal Government under the NFA (National Firearms Act). I believe that I can accurately say that there is NO WALMART IN THE NATION that is selling SBRs. So, it seems that the people making the policy decisions at Walmart have virtually no familiarity with firearms or ammunition.”…