Tell Your State Legislators to Oppose All Gun Control!

Well, legislators in Olympia are at it again.

This session, state legislators are prepared to take up bans on the most popular types of firearms, bans on their magazines, and empowerment of local jurisdictions to “go crazy” with their gun control lunacy. 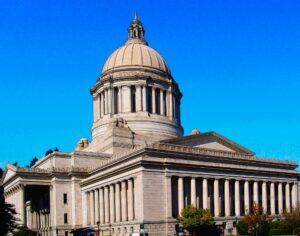 SB 6076 / HB 2241 would ban standard capacity magazines and many semi-automatic firearms owned by millions of Americans. Unlike the 1994 federal ban, it would not fully grandfather those semi-automatics currently in existence.

Rather, as soon as the current owner dies, the gun “turns into a pumpkin” — barred forever from returning to private civilian hands.  The intent, obviously, is to ensure that semi-automatics become obsolete in one generation.

House Bill 1374 would authorize local jurisdictions to push their own unconstitutional gun control.

You can expect that all these bills will move quickly in this abbreviated session. The bills mentioned above are in the early stages of consideration and represent some of the worst of worst. So the pre-written emails will urge opposition to these bills and more.

Please contact your state legislators (above) and urge them to oppose ALL gun control legislation.

GOA Speaks to Tens of Thousands at Pro-gun Rally