Even More Gun Control Coming to a Vote!

GOA already contacted you about three bills that are being debated today.

Hopefully, you already took action on that alert, because we need to tell you about three more bills that are also being debated today.

First, HB 674 (Sullivan-D), a so-called “Emergency Risk Protection Order” bill or “Red Flag” law, assumes that government officials can predict which people will harm themselves or another person with a firearm, and allows the government to confiscate their guns without due process! 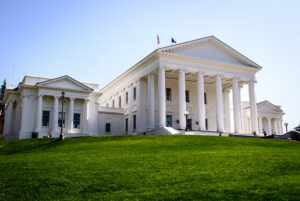 Even the very liberal Rhode Island ACLU opposed such a bill (March, 2018) stating that “The standard for … issuing an order is so broad it could routinely be used against people who engage in ‘overblown political rhetoric’ on social media.”

In a 2018 Maryland ERPO case, police knocked on the door of 61-year old Gary Willis of Ferndale, MD, who answered his door while armed at 5 AM.  The police came unannounced at a home they never visited before.  Willis was told he would be removed from his family home of 20 years.  He became agitated.  When Willis did not drop his gun, the police shot Willis who died at his home.  The police were not found at fault.  Gov. Northam wants the same kind of law with the same risks for Virginia.

Law Professor Dave Kopel told a U.S. Senate committee (2019) that of the 17 states with ERPO laws, “there are no states that have sufficient due process from start to finish.”   In fact, Red Flag laws like HB 674 do NOT require an individual to exhibit symptoms of insanity or mental illness.  Red flag laws only remove guns, not the conditions precipitating suicide.

Take for example, Kate Nixon, a City of Virginia Beach City employee, beloved wife and mother of three daughters, who was one of 11 persons murdered by a Virginia Beach employee.

Nixon family attorney, Kevin Martingayle, said, “Kate expressed to her husband concerns about this individual in particular … they had a discussion the night before about whether or not she should take a pistol and hide it in her handbag — and decided not to, ultimately, because there’s a policy apparently against having any kind of weapons that are concealed in the building.”

Kate believed she would lose her job if she brought her legally owned gun to work, so she did not bring it.  She lost her life because she could not defend herself even though she had a concealed carry permit.  Kate was first injured by the murderer, but he came back to kill her.

Third, HB 9 (Bourne-D) requires that a lost or stolen gun must be reported within 24 hours of discovering the theft or face a $250 fine.  It also states, “No person who, in good faith, reports a lost or stolen firearm shall be held criminally or civilly liable for any damages from acts or omissions resulting from the loss or theft.”

If you happen to get distracted by another urgent life event, and you miss the 24-hour deadline, would you be civilly liable if the gun thief misused your gun?  I am sure Michael Bloomberg would say yes.

Please use our pre-written email to contact your delegate to oppose these latest assaults on our Second Amendment rights.

Keep spreading the word and let us continue to do all we can to fight for our inalienable, God-given rights for the good of our families and our Nation.

NOTE: You can download our latest Fact Sheet, “Red Flag Laws – Risk Lives, Deny Rights” by clicking here.  Please share with others across Virginia at shooting ranges, gun shows, political gatherings and email to your family members, friends and neighbors.