I want to call your attention to a poorly drafted bill that could harm gun owners, Senator Lucas’ SB 64. 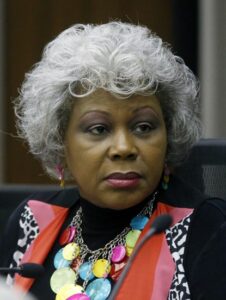 Under current law, persons engaging in “paramilitary” activities including group parading or firearms training cannot be criminally punished unless they are engaged in such activity “in furtherance of a civil disorder.”

“Civil disorder” is defined in the code. The current law is not the problem.

SB 64 would remove “in furtherance of civil disorder” and add the following prohibition:

Assembles with one or more persons with the intent of intimidating any person or group of persons by drilling, parading, or marching with any firearm, any explosive or incendiary device, or any components or combination thereof.

“Intent of intimidating” is the problem language!  There are all kinds of firearm exercises, group gun training, community parades where guns are carried, or even reenactment ceremonies and historical encampments taking place all across Virginia.

Some Democrats, including one Congressman, had suggested that the Governor could use the National Guard to enforce his gun control proposals.  This made Second Amendment supporters understandably uneasy!

SB 64, because it is so vague, would cause gun owners who never would threaten anyone, be accused of violating the SB 64 law simply because others “felt intimidated.”

SB 64 could allow a Commonwealth Attorney to prosecute persons conducting practice drills or other firearm activities if members of the public became annoyed or felt “intimidated” about the public display of firearms. Under SB 64, paramilitary activities would no longer need to be linked to “furthering civil disorder” to be restricted and/or prosecuted.

One would have to claim to be able to read minds to presume that a group of law-abiding gun owners intended to intimidate the public!  Of course, supporters of Michael Bloomberg could complain about feeling intimidated, as could anyone who thinks citizens should not own any firearms.

It is easy to see how the subjective and vague language of this bill could be used as a weapon against innocent, law-abiding gun owners.

Throughout the 2020 General Assembly session, many in the media and elsewhere had suggested that “assault weapons” looked “scary.”  Criminal penalties should not depend upon others’ subjective impressions or intimidated feelings about the appearance or noise of firearms.

Senator Lucas probably did not intend these consequences, but prosecutors must use the actual language legislators write to apply and enforce the law.

Please take action (above) to send an email to your state delegate and senator to defeat SB 64.  Thank you.