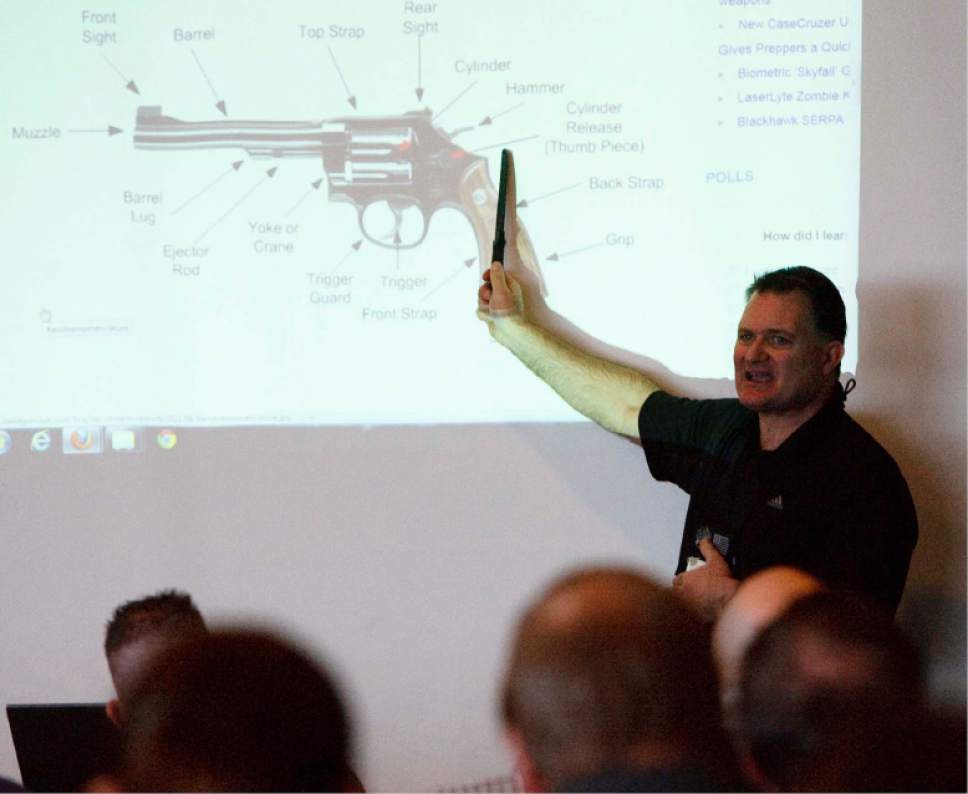 The Legislature and Gov. Gary Herbert may be headed for another shootout over whether to allow Utah gun owners to carry concealed weapons without a permit.

Rep. Lee Perry, R-Perry, unveiled HB112 on Friday to do that. It is similar to a bill by former Rep. John Mathis that Herbert vetoed in 2013. The governor recently said he would veto similar bills unless significant modifications are made.

Utahns now may legally carry guns openly, Perry said. With his bill, “if they happen to cover it up,” such as with a coat, “it will not be a crime unless they do something else like an assault, or threaten somebody.”

He poses a hypothetical to explain the purpose of the legislation. “Say I’m out hunting one day and have my sidearm on. I happen to stop at the gas station on the way home and it’s cold. So I put my coat on and walk into the store.” If his bill passes, he said, “If an officer sees me, he’s not going to cite me and give me a Class B misdemeanor.”

Mathis used similar arguments to pass his bill in 2013, and said a hunter was hassled by a ranger for covering a gun with his coat when it started to rain. But Herbert told The Tribune in September that he checked into that claim and said it never happened.