UPDATE On Shooting At Oklahoma Restaurant: It Wasn’t 1 Armed Citizen Who Stopped The Gunman. It Was 2. 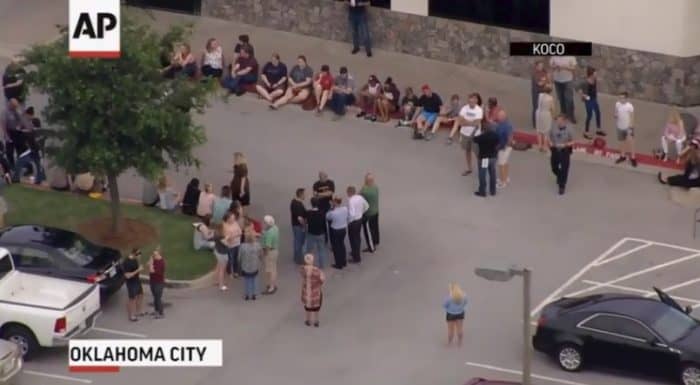 Yesterday around 6:30 pm local time, a man with a handgun went into a restaurant and opened fire randomly, injuring three people in the process. It was originally reported that the gunman was shot and killed by an armed citizen. While that was true, the final story tells us more.

It was actually two armed citizens that stopped the gunman.

“I just did what needed to be done to stop the threat. Nothing special,” Whittle told USA TODAY. “A lot of people would have done the same given the situation.”

After realizing what was happening, the two armed citizens ran out to their vehicles to retrieve their firearms. Then when the suspect was outside, they fired. He died as a result.

Dress It Up However You Want, A Mandatory Buyback Is Confiscation