Texas is being invaded by liberals who want to take away your individual liberties and trample on your gun rights. 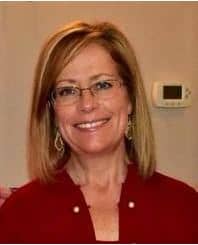 So we’re getting ready to fight back harder than ever.

That’s right — Gun Owners of America is expanding our Texas team, and I’m thrilled to announce the addition of Teresa Beckmeyer as Texas Operations Director!

Teresa will join Rachel Malone, Texas Director, in fighting to uphold your right to keep and bear arms in Texas.

Teresa is a lifelong West Texan. She has spent decades fighting for Texans’ individual freedoms as a grassroots activist. Her accomplishments include running campaigns, serving as county chair, organizing large regions of Texas, and reporting extensively on the Texas legislature. Most recently, she served as Executive Director for the Texas Freedom Caucus.

Let’s face it: last year’s election cycle was brutal. And Texas’ current legislature has not done anything significant to advance gun freedoms. Instead, we’re seeing continued assaults on freedom.

Gun Owners of America is determined to stand up strong against attacks on Texans’ freedom. We are committed to advancing liberty and fighting against infringement of your gun rights.

And that’s why I’m so excited to have Teresa on the ground for GOA in Texas.

Teresa is a hardworking advocate for liberty and has earned the trust of grassroots conservatives across the state. Gun Owners of America is honored to have her join our Texas team.

NOTE: We’re stepping up our efforts in Texas. You can, too! Join GOA, renew your membership, or give an additional one-time gift or monthly donation.

CLICK HERE to help us stand strong for your right to keep and bear arms in Texas.