A solid part of the Republican base is gun owners. While some Democrats own guns and even support gun rights, they’re a distinct minority in the gun rights community. Guns and Republicans are synonymous in a lot of people’s minds, which is why gun rights supporters were a big part of President Donald Trump’s base when he shocked the media by winning the 2016 presidential election.

However, things haven’t been all roses and daisies since then. Trump had the Bureau of Alcohol, Tobacco, Firearms and Explosives make a ruling that would classify bump stocks as machine guns to ban them without legislation. But generally, the president got a pass on it. After all, what transpired is still better than what almost happened. As a result, a lot of gun rights supporters were willing to shrug it off. 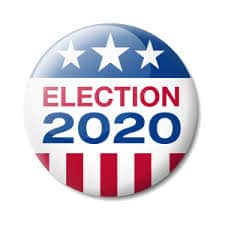 Now, in the wake of mass shootings in El Paso and Dayton, President Trump is once again signaling his willingness to wheel and deal on gun control legislation.

It seems that for some, it’s enough to make them reconsider voting for the president next time around.

Less than a week before calling for more gun control laws, President Trump invited boos at a massive Ohio campaign rally, warning 17,000 supporters that if Democrats reclaim power, “there is no Second Amendment.”

Within 72 hours of the rally, gunmen randomly murdered nearly three dozen people in nearby Dayton and in El Paso, Texas. And despite the campaign line, Trump called for new restrictions, outraging gun rights hardliners.

Trump told reporters that he would “certainly” bring up a semiautomatic gun ban, and pushed lawmakers to expand mandatory background checks and to allow temporary gun confiscation.

“I’ll be convincing some people to do things that they don’t want to do, and that means people in Congress,” Trump said, calling for “great legislation after all of these years.”

“I am no longer committed to voting for Donald Trump,” said Hammond, who spends most of his time in New Hampshire. “I think he’s about to make his ‘read my lips’ mistake. He thinks he can do anything on the Second Amendment and gun owners will love him.”