Less than a week before calling for more gun control laws, President Trump invited boos at a massive Ohio campaign rally, warning 17,000 supporters that if Democrats reclaim power, “there is no Second Amendment.”

Within 72 hours of the rally, gunmen randomly murdered nearly three dozen people in nearby Dayton and in El Paso, Texas. And despite the campaign line, Trump called for new restrictions, outraging gun rights hard-liners. 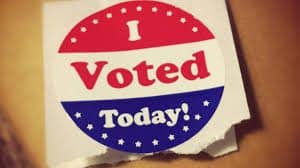 Trump told reporters that he would “certainly” bring up a semiautomatic gun ban, and pushed lawmakers to expand mandatory background checks and to allow temporary gun confiscation.

“I’ll be convincing some people to do things that they don’t want to do, and that means people in Congress,” Trump said, calling for “great legislation after all of these years.”

“I am no longer committed to voting for Donald Trump,” said Hammond, who spends most of his time in New Hampshire. “I think he’s about to make his ‘read my lips’ mistake. He thinks he can do anything on the Second Amendment and gun owners will love him.”

Hammond’s group positions itself as a bolder alternative to the larger National Rifle Association, which has about 5 million members. And he said he’s concerned that Trump could pass historic gun control legislation that Republicans successfully blocked under President Barack Obama.

“You don’t have to lose every member of the NRA to be a one-term president. You have to lose about as many as he is on the verge of losing,” Hammond said. “The bitter clingers are sitting there in the western tier of Pennsylvania, Macomb County, Michigan and in north Wisconsin.”

Trump defeated Hillary Clinton by fewer than 80,000 votes across the three states, where many Democrats voted for Trump after he campaigned on economic issues.

So-called “red flag” laws pushed by Trump, meanwhile, allow courts to authorize police to take guns from people considered to be safety risks. Gun activists say they can be manipulated by angry exes and relatives, and that enforcing laws against threats and other crimes could achieve similar ends.