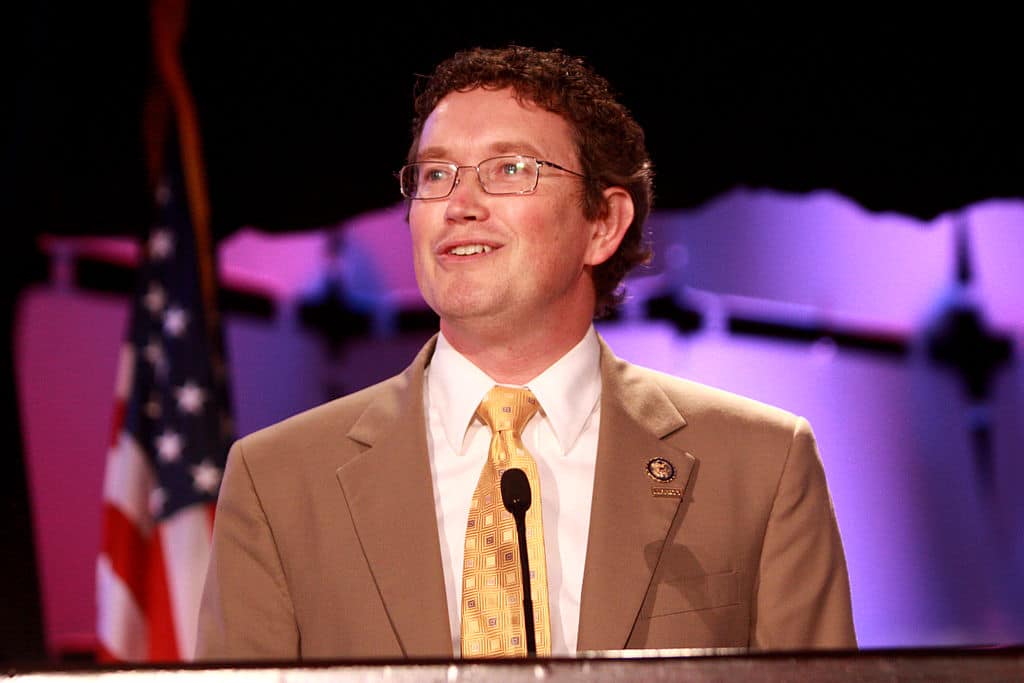 In the wake of last week’s terrorist shooting of Republican lawmakers and their aides during a Congressional baseball practice, many legislators are calling for action to make sure that a tragedy like this does not occur again. While Democrats are predictably calling for more gun control, one intrepid legislator has taken the opposite approach by calling for concealed carry inside the beltway!

“It’s clear that the Capitol Hill police who were there were heroic, but had Steve Scalise not been there, there would have been fatalities, and a lot of congressmen would have been hurt,” Rep. Thomas Massie (R-KY) said while appearing on a broadcast of “Cavuto” on FOX Business.

“What I’m trying to do is anticipate how to avoid a tragic situation in the future… What the American people don’t realize is most Congressmen don’t have a security detail, and we are exposed as the general public is exposed when they come to visit our nation’s capital,” Massie said.

Although Massie feels like there is a threat, he does not call for more taxpayer resources to be expended to protect he and his colleagues. Instead, he wants to empower more law-abiding citizens to exercise their rights to bolster public safety.

“The bill that I have introduced… will allow anybody who has a Concealed Carry permit in their home state to use that permit here in Washington D.C. as if it were a drivers license,” Massie said.

Read more at The Liberty Conservative