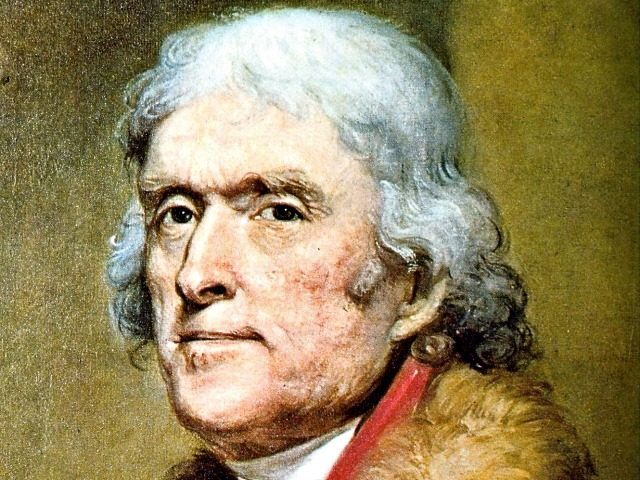 When declaring independence from King George III’s tyrannical rule, Thomas Jefferson wrote that men are born with God-given, “unalienable rights,” and the government’s duty is to protect those rights.

This no-doubt comes as news to Senators Chris Murphy (D-CT), Joe Manchin (D-WV), and the whole Democrat Party, almost every member of which is focused on using the expansive powers of government to chip away at God-given rights rather than protect them.

For example, on August 6, 2013, Breitbart News quoted Murphy saying, “The Second Amendment is not an absolute right, not a God-given right. It has always had conditions upon it like the First Amendment has.”

Murphy is wrong in at least three places: 1. Second Amendment rights are God-given. 2. They are “absolute” because they were given by Him who is absolute. 3. First Amendment rights are absolute as well (as they, like all unalienable rights, have their origin in God, not government)…

This all comes together in Jefferson, who wrote:

We hold these truths to be self-evident, that all men are created equal, that they are endowed by their Creator with certain unalienable Rights, that among these are Life, Liberty and the pursuit of Happiness.–That to secure these rights, Governments are instituted among Men, deriving their just powers from the consent of the governed.

We are born with “certain unalienable rights.” The fact that they are “unalienable” means they cannot be separated from us; they are part of our humanity. And it is government’s duty to “secure these rights,” not to regulate or in anyway diminish them. Therefore, when the Second Amendment says, “The right of the people to keep and bear Arms, shall not be infringed,” we must understand that it is incumbent on government to shield that right from infringement.