This Photo Of Donald Trump Jr. Showing Off A Belt With A Built-In Pistol Is On A Whole New Level

President Donald Trump’s oldest son is no stranger to creating controversy, especially on social media. In the most recent case, Donald Trump Jr. posted a photo of a belt on Instagram over the weekend — but it wasn’t just any belt. It had a (small) firearm in its buckle, and Trump Jr. seemed pretty proud of it. 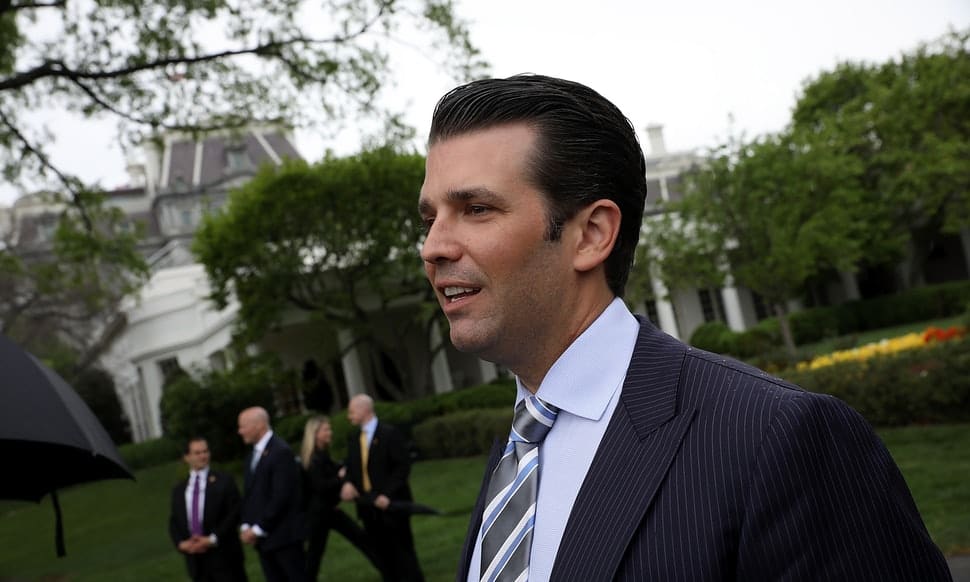 In the photo, a happy Trump Jr. can be seen modeling a Freedom Arms belt with a built-in .22-caliber pistol in its holder. He wrote in a caption that he “had fun getting a bit dirty today” and added, “I got to bust out the coolest belt ever. Taking open carry to a whole new level!” This may not shock viewers who have a general idea of Trump Jr.’s political stances. After all, the president’s son is a staunch supporter of the Second Amendment.

Examples of his support for the right to carry arms includes sharing memes from Gun Owners of America with text like: “Trump should tweet something anti-gun; I just want to see liberals defend the Second Amendment.”

Voice Your Outrage Over the ATF’s Threat to AR-15s