The Crazy Things Pacifists Tell Me

The Crazy Things Pacifists Tell Me 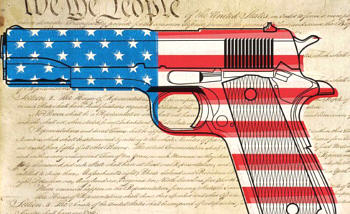 I don’t bring up the subject with strangers. That said, sometimes people find out I’m a gun owner. The way they respond is remarkable. I assume that they are sincere in what they say but that assumption is strained. Their comments are more a confession about themselves than as an honest question directed to me. I usually bite my tongue because of the social situation. Then it occurred to me that other gun owners must be hearing similar comments. I’ve kept my answers to myself. Now I’ll share them with you.

I live on the safe side of town so I don’t need a gun for protection. I usually hear this from a well-to-do woman and it makes me smile. Does she think criminals don’t have maps that show them where the rich people live? Maybe she thinks criminals can’t drive. The woman is obviously intelligent, yet she has a profound blind-spot when it comes to personal safety. We didn’t meet inside her gated community. Why does she think she is safe everywhere?

Guns aren’t the answer. Maybe guns are not the answer, but then we are certainly talking about different questions. I assume the speaker knows that the police have firearms for personal protection. The first person who told me to go armed was a police officer. I listen to professionals.

People don’t protect themselves with guns any longer. That is just a fantasy from the old-west. This one perplexes me. I assume they read too many cowboy novels. I think they stopped reading too soon. They never learned the real history of our western frontier. Also, the speaker never bothered to learn the facts about armed citizens who carry in public now. Armed towns on the western frontier were safer than our large democrat-controlled cities are today. Ain’t that right, Marshal Dillon?

Only the police should have guns. True, the police should have guns, but have you thought about what it is like to be a policeman? Almost every policeman I’ve met told me to carry because of what they see every day. Time after time, day after day, the police arrive too late. They take reports from innocent injured victims. That is a core part of their job and it has to hurt. The police would much rather take your report that says you protected yourself and the criminal ran away.

Only criminals have guns. This is really a statement about how narrow a group of friends the speaker has. I’m probably the first gun owner they know.. and there are a hundred million gun owners in the US. To be fair, they probably don’t know anyone who owns a pickup truck either.

You don’t need a gun. That is true. I don’t. I don’t need toothpaste and deodorant either. I don’t need a fire extinguisher at home or a first aid kit in my car, but I have them..just like I have a firearm.

My husband or wife has a gun, so I don’t need one. This comment makes me bite my tongue. I’m thinking they volunteered to be the designated victim..or maybe the designated hostage. They must have an interesting personal relationship they have with their spouse, but I don’t ask.

You just want to kill someone. This person obviously has no idea about the huge personal and financial costs of threatening to use lethal force, let alone pulling the trigger. Ignorance must be bliss.