The U.S. Supreme Court heard oral arguments Monday in the first Second Amendment case to come before it since 2010. 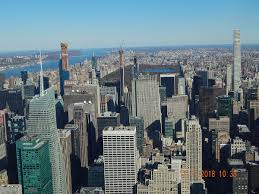 In New York State Rifle & Pistol v. City of New York, the case addresses “whether New York City’s ban on transporting a licensed, locked and unloaded handgun to a home or shooting range outside city limits is consistent with the Second Amendment, the commerce clause and the constitutional right to travel.”

Under New York City regulations, residents were not permitted to transport a licensed handgun outside of the city…

“Under New York law, the right to keep arms is limited only to certain Americans who meet requirements set by the city,” Erich Pratt, senior vice president of Gun Owners of America, told The Center Square. “These American citizens who wish to exercise their Second Amendment right to own a firearm are subjected to invasive government screening, arbitrary waiting periods, and substantial fees.”

“But even among the few Americans who qualify, they cannot ‘bear arms’ in the true sense of the phrase, as recognized in Heller,” Pratt added. “Instead, their right to keep and bear arms has been, historically, treated like a privilege, as they could only ‘keep’ arms in their home or place of business. And when carrying their handgun to an approved shooting range, honest citizens have to keep their handgun unloaded and locked away, rendering the firearm totally useless for self-defense.”

In its amicus brief submitted to the court, GOA encouraged the court “to use the language of the Second Amendment to ensure that no city or state will ever again be allowed to impose such infringements.”