ACTION:  Contact your state representative and urge him or her to oppose House Bill 1416.  And, if you can, please attend and testify at the hearing on Tuesday, January 19, at 10:00 am.

You remember how, back in the 1990’s, we argued that New Hampshire Brady Checks should be conducted by having dealers directly contact NICS concerning handgun sales, rather than going through the state — which would then, in turn, contact NICS?

A new bill, which will receive hearings on January 19, lays out yet another reason why the legislature should have listened to us. 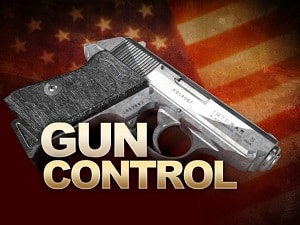 The answer is that a “reasonable fee” is whatever the Department of Safety says it is.  And, to be clear, the department has shown no particular love for the Second Amendment.

Remember that we went through this “dog-and-pony” show in the late 1990’s, when Bill Clinton tried to eliminate gun ownership by imposing an indeterminate Brady Check fee by executive fiat.

Gun Owners of America drafted the “Bob Smith amendment,” which prohibited the feds from charging a fee for a Brady Check, and that amendment was adopted with overwhelming support.

But now, state anti-gunners are trying to pull the same ruse.

Make no mistake about it:  Just as Bill Clinton intended on using that “sliding scale” fee to eliminate or limit gun ownership, Katherine Rogers intends the same result.

Also, if you can, attend and testify at the hearing on Tuesday, January 19, at 10:00 am.  It is initially scheduled for the House committee hearing room in the LOB.  But, if enough gun supporters attend, it could be moved to the House chambers in the state house.