After weeks of researching the Republican candidates for governor of Missouri, Gun Owners of America proudly announces the endorsement of John Brunner.

In a great state like Missouri, pretty much everyone talks about supporting the Second Amendment.  But we’re looking for something more. . . consistency and leadership. 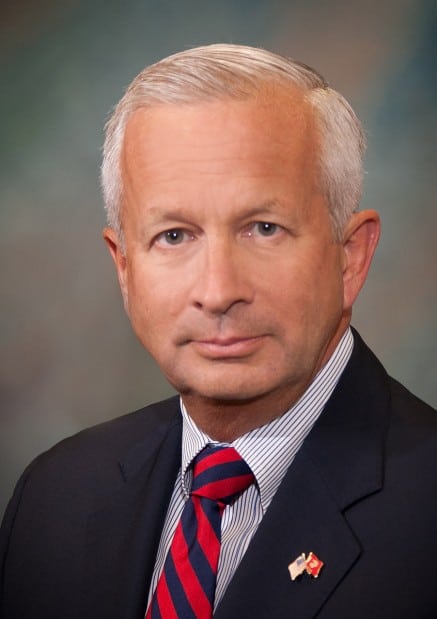 For more than forty years, John Brunner has thrown his support behind candidates and causes that stand up for your constitutional liberties.

Now, John Brunner is running to be your governor.

John understands that the government’s role is to protect your individual liberty, not to take it away.

He knows that it’s the criminals and terrorists who are behind the violence in this country, not law-abiding gun owners.  He will never support legislation that infringes on your gun rights.

John completed the GOA Candidate Questionnaire 100% in favor of your gun rights.

Under a Brunner administration, your right to carry a concealed firearm for self-defense will be protected, and he will seek to expand Missouri’s reciprocity with other states.

Mr. Brunner will OPPOSE any efforts to ban so-called “assault weapons” or to register gun owners.

We’re living in a time when politicians are looking for an “easy solution” to what they see on the nightly news.  For too many of them, that means more gun control.

That’s why we need leaders like John Brunner, who will step back from all the noise and protect individual liberty when it’s most under attack.

Gun Owners of America is proud to make this endorsement, but electing John Brunner will not be possible without you.

I encourage you to go to www.johnbrunner.com to learn more about this vitally important race.

Please consider a contribution of any amount to help John spread his message of constitutional governance.

A contribution of any amount — whether it’s $20, $50, $250 or more — every penny of it will go directly to helping John Brunner win this election.

Maybe you can volunteer for the campaign, or get involved with spreading the word on social media?

And of course, most importantly, vote for John Brunner in the August 2 Republican primary.

Together, we can elect a leader who will stand with us in the fight for freedom.

P.S. The election for Governor of Missouri is heating up more than ever.  Gun Owners of America proudly stands with John Brunner in the Republican primary.

John is not a career politician.  He served in the U.S. Marine Corps, with deployments overseas, and he ran a successful Missouri business for more than thirty years.

John Brunner has supported constitutional conservative candidates and causes for four decades.  Now he is running to be your governor.  Please support John Brunner for Governor with your financial support and your vote in the August 2 Republican primary election.