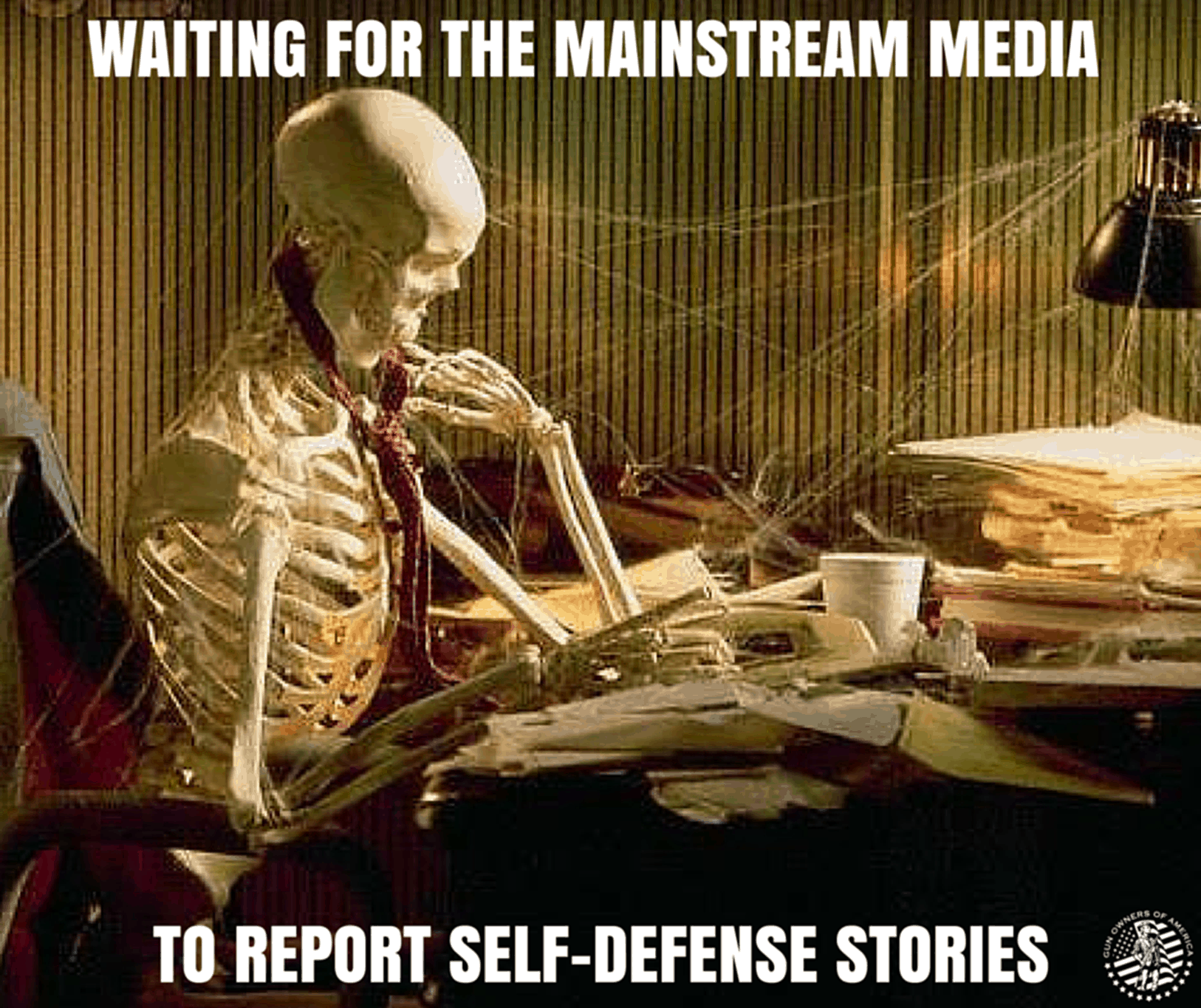 But while media outlets celebrate a diversity of topics, they always have a bad habit of ignoring one type of story –- self-defense cases.

For example, just two weeks after the Orlando murders, a concealed carrier stopped a potential mass killer at a South Carolina bar.

While many pro-gun media outlets, including GOA, promoted the story, no major news network (except for FOX Insider) covered it.

The same applies for a self-defense shooting in an Ohio pub — almost one year prior to the Orlando shooting.

An employee with a carry permit shot and killed a gunman who was firing a shotgun and threatening patrons inside the Youngstown bar.

It’s a great example of self-defense. But outside of the GOA’s Self-Defense Corner you’ll have a hard time finding any national coverage of this story.

To some media hosts, the idea of an ordinary citizen carrying a gun in public is absolutely ridiculous.

The media is preconditioned to treat guns as “evil killing machines” that wreak immense havoc and have little social utility at all.

But the oh-so-inconvenient truth, to the media pundits’ dismay, is that guns are used to save far more lives than they take.

According to President Obama’s Center for Disease Control, guns are used in self-defense 500,000 to 3 million times a year.

Contrast this with the approximately 8,100 murders that were committed with all types of firearms in 2014, according to the FBI.

How many of those lives were taken by so-called “assault weapons” in 2014?

According to the FBI, about one-third as many people were killed with rifles — of which AR-15 styled firearms are a subset — as were killed by fists and feet.

That would be 660 lives taken by bare hands and feet, compared to only 248 murders with rifles.

Another inconvenient truth for the media is Chicago.

It’s commonly known that despite having some of the strictest gun control in the country, they consistently have some of the highest murder rates.

If gun control truly worked as advertised, the Windy City would be one of the safest places in the country.

But what can you expect from these out-of-touch hosts and politicians?  They are so far removed from reality that they cannot possibly understand why anyone would need an AR-15.

After the Orlando shooting, Hillary completely inverted the concept of inalienable rights.  She said the federal government has the “right” to regulate the Second Amendment.

But what does she understand about gun rights or people who use firearms in self-defense?

This is the same woman who hasn’t driven a car since the 1990s, and she’s had armed security since she was the First Lady of Arkansas.

She has completely adopted the “guns for me, but not for thee” mentality.

And in response to all of this, she would no doubt say:  “What difference, at this point, does that make?”

Jordan Stein is the Public Relations Coordinator for Gun Owners of America. Follow him on Twitter: @jkstein47