Please click the Take Action to urge Gov. Greg Abbott and your state lawmakers to stand firm on the right to keep and bear arms!

As you may have heard, Gov. Greg Abbott has announced a “School and Firearm Safety Action Plan” report. 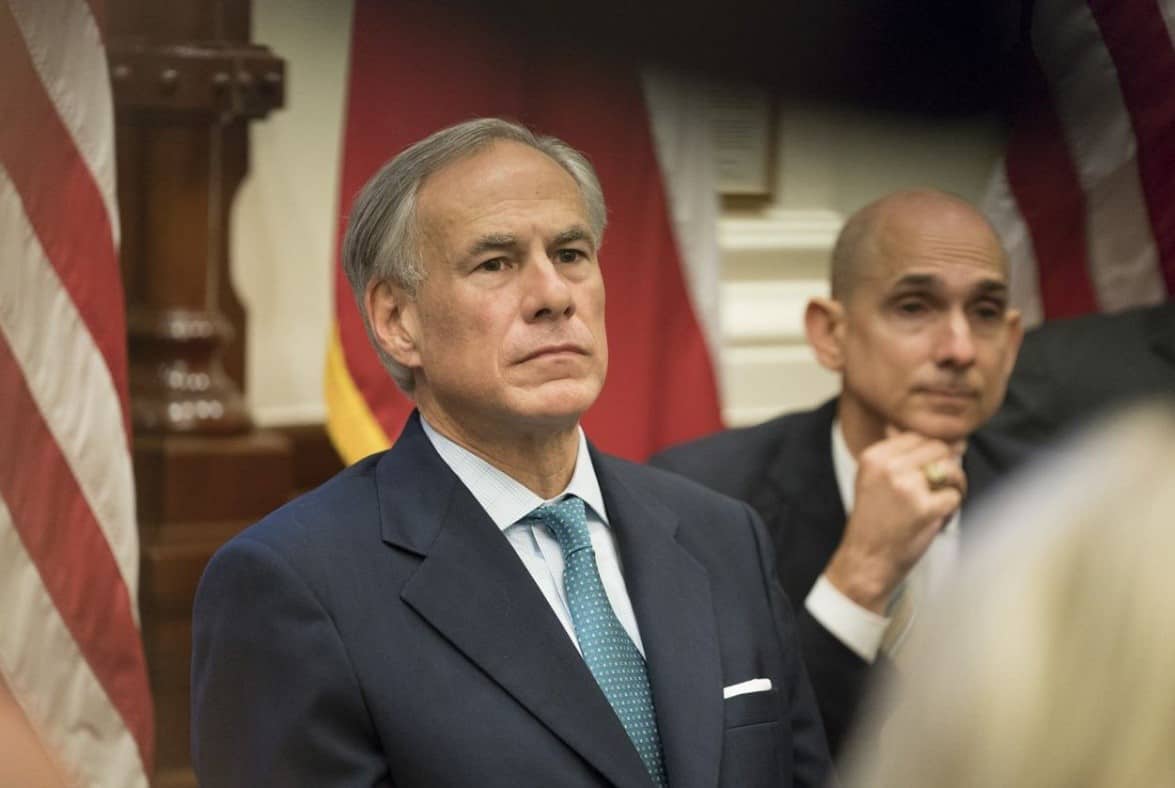 For example, Gov. Abbott is urging the legislature to consider “risk protection orders,” which are properly known as Gun Confiscation Orders (GCOs).

Additionally, Abbott is pushing mandates that would prohibit teenagers from accessing firearms. But these so-called “safe storage” laws can be easily circumvented by the “wrong hands” — even while making it more difficult for the “right hands” to use a gun during an emergency when a self-defense gun is immediately needed.

As gun owners know, however, there’s no gun control that could’ve stopped the Santa Fe shooting.

If Congress had passed the entire Parkland gun control agenda, it wouldn’t have made one whit of difference in Santa Fe.

Universal background checks and “raising the age” gun controls wouldn’t have stopped a 19-year-old who took his guns from his parents.

Bans on semi-automatic rifles and magazines wouldn’t have stopped a shooter with a pistol and a shotgun.

And Gun Confiscation Orders wouldn’t have flagged a kid who was on no one’s radar screen. Gov. Abbott admitted this himself that there were no “red flags” on the Santa Fe shooter.

What would have stopped the shooting is if teachers — not just police — could have armed themselves.

So it is surprising that Gov. Greg Abbott is now considering a special session to implement the most extreme aspect of Michael Bloomberg’s gun control agenda: Gun Confiscation Orders.

Although sugar coated by the Left as “red-flag laws” or “risk protection orders,” these Gun Confiscation Order would allow the police or an angry “ex” to convene in secret star chamber (ex parte) proceeding to strip you of your Second, Fourth, and Fourteenth Amendment rights.

We have a lot of experience with these secret hearings in anti-gun States. In Seattle, Washington, 27 of 28 confiscation orders were signed. A Massachusetts Leftist legislator conceded that judges “don’t ask many questions.”

The first thing you learn of the Gun Confiscation Order is when the police show up at your door to ransack your home and take your guns.

But that rarely happens.

So, rather than criminalizing gun owners — or even parents who keep a gun in the nightstand for self-defense — let’s stop dragging our feet about putting guns in the hands of every willing teacher.

Please contact Gov. Abbott to express your opposition to Gun Confiscation Orders and other gun controls, and contact your state lawmakers to oppose gun control, especially GCOs, in all forms — either in a special or normal legislative session.

And you can contact all three elected officials in just a few clicks with GOA’s pre-written, editable action emails.

Thanks in advance for your activism!

PS. Please urge your elected officials to reject gun control — especially gun confiscation orders. But did you know that GOA is fighting on many fronts — federal and state levels — to defeat gun control? We’re truly in the mist of a battle for the Second Amendment. Could you chip in just $20, $40 or $60 to the cause?